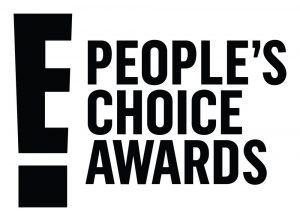 The following is a press release from E!:

“I feel so honored to be receiving the first ever fashion icon award at ‘The E! People’s Choice Awards.’ This year I am celebrating 10 Years of my brand, and this is a wonderful way to mark that decade,” said Victoria Beckham. “I am so grateful to be the inaugural recipient – I love what I do, and love that I have been given the opportunity to empower women through my collections – November 11 will be a very special moment for me.”

Since launching in 2008 the Victoria Beckham fashion brand has developed a distinctive and modern language of clothing. The brand was awarded the prestigious Designer Brand of the Year accolade at the British Fashion Awards in both 2011 and 2014. Stocked in over 400 stores in over 50 countries internationally, the brand showcases only the finest craftsmanship, fabrication and materials, with all four Victoria Beckham lines developed at Victoria’s studio in London.

“The E! People’s Choice Awards” is produced by Wilshire Studios and Den of Thieves with Executive Producers Jesse Ignjatovic and Evan Prager.

“As the only award show for the people, by the people, ‘The E! People’s Choice Awards’ is a must see event for pop culture fans,” said Adam Stotsky, President, E! “The fan excitement and engagement that we are seeing around the globe leading up to ‘The E! People’s Choice Awards’ has been incredible, and we are thrilled to partner with our sister networks to amplify and expand our inaugural telecast with this roadblock announcement.”

Follow along on social media during the “Live from the Red Carpet” and the awards show broadcasts for all the latest gifs, memes and special moments in real time.

E! is the only global, multi-platform brand for all things pop culture. The network is currently available to 91 million cable and satellite subscribers in the U.S and 161 countries globally. “E! News” airs nightly on the network and is the leading multi-platform publisher delivering breaking entertainment news and pop culture coverage 24/7 across EOnline.com and all digital and social media. E! programming includes popular series “Keeping Up with the Kardashians,” “Total Divas,” “Total Bellas,” “Botched,” “Hollywood Medium with Tyler Henry,” “Very Cavallari” and its newest late night topical series “Busy Tonight.” The brand’s robust digital programming slate includes “E! News’ The Rundown” “Face Forward” and “What The Fashion” on Snapchat. E!’s “Live from the Red Carpet” signature events keep fans connected to their favorite stars on pop culture’s biggest nights and on November 11 E! becomes the home of “The E! People’s Choice Awards.” E! is a network of NBCUniversal Cable Entertainment, a division of NBCUniversal, one of the world’s leading media and entertainment companies in the development, production, and marketing of entertainment, news and information to a global audience. For more corporate information, visit www.nbcuniversal.com.

About Wilshire Studios
Wilshire Studios develops and produces a diverse slate of original unscripted programming for multiple platforms, aligning with award-winning producers and innovative storytellers to create compelling content that explores reality through a variety of formats. From E!’s signature “Live from the Red Carpet,” USA Network’s “The Cromarties” and Oxygen’s “Mysteries and Scandals,” “The Curious Creations of Christine McConnell” for Netflix, “Real Country” for USA, “Unspeakable Crime: The Killing of Jessica Chambers” for Oxygen and the debut “The E! People’s Choice Awards,” Wilshire Studios produces series that are informative, revealing, thrilling and entertaining. Wilshire Studios is part of the NBCUniversal Cable Entertainment portfolio.

About Den of Thieves
Den of Thieves is a force for ambitious, music-driven event shows and uniquely stylized television series. Using their extensive experience working with talent, their credits cover a vast array of formats that include ABC’s The Gong Show, FOX’s American Idol, the multi-network broadcast of Hand in Hand: A Benefit for Hurricane Relief and the digital stream of March for Our Lives. Beyond that, Den of Thieves thrives in the live event & award show space, having produced the MTV Video Music Awards for 12 consecutive years, the iHeartRadio Music Awards, MTV Movie Awards, Radio Disney Music Awards, Peabody Awards and more. In addition to spearheading some of the world’s leading premier event shows, Den of Thieves is also the name behind the production of documentaries, documentary-series, and comedy specials for Netflix, Comedy Central and Apple – to name a few