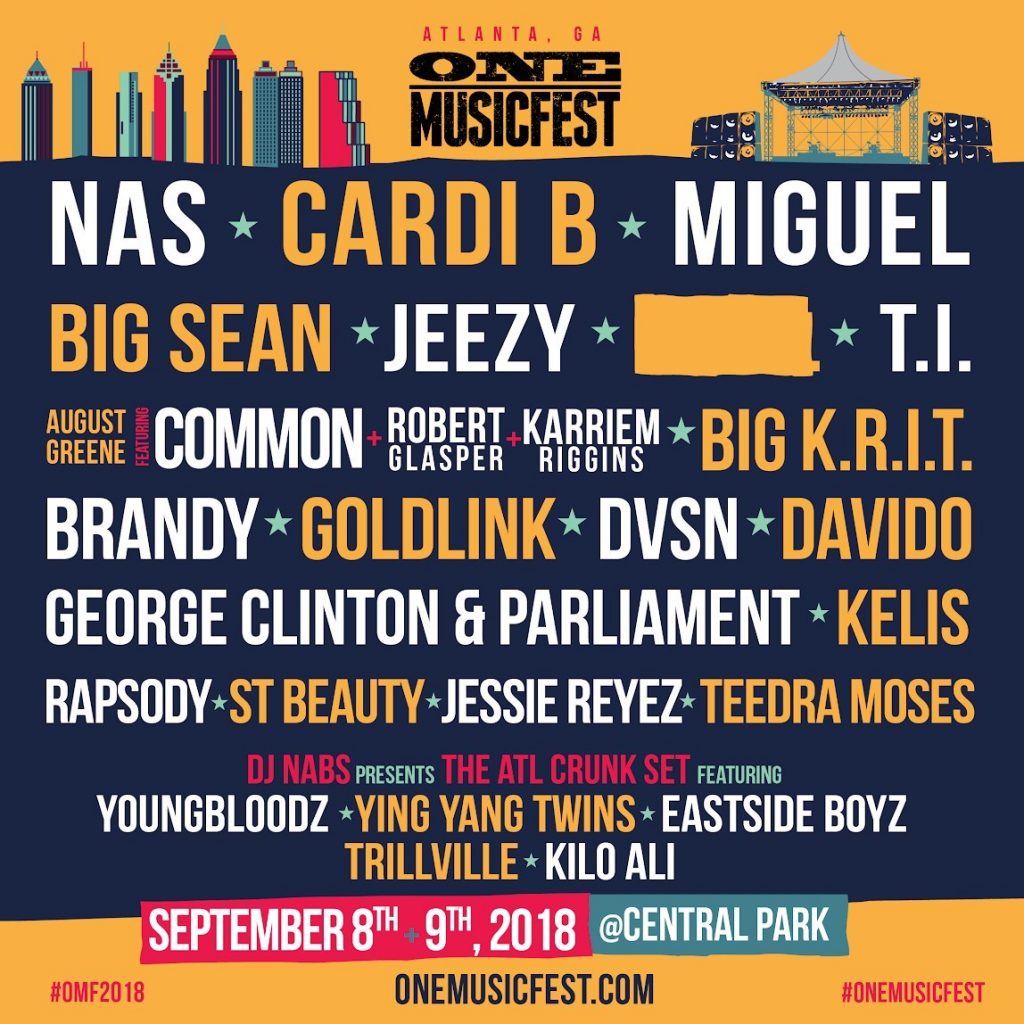 The following is a press release from ONE Musicfest:

Hailed as one of the nation’s “Can’t Miss Festivals,” ONE Musicfest returns for its ninth year with an unforgettable weekend of high-energy performances and unique cultural experiences. Over 20,000 attended last year, generating over 1.8 billion impressions and rave reviews from USA Today, Associated Press, Huffington Post and VIBE.

This year, ONE Musicfest has curated a diverse lineup of music powerhouses, radio chart-toppers and icons. From the rap god Nas to hip-hop it-girl Cardi B to the legendary George Clinton & Parliament, the festival offers something for music lovers of all kinds.

“We are all super excited about OMF2018,” says founder Jason “J” Carter. “Growing into a two-day festival allows us to expand our roster, highlight more of the music that we love and give our audience an experience unlike any!”

Purchase your tickets today at ONEMusicfest.com.

Complete List of Currently Announced Performers for ONE Musicfest 2018 (in alphabetical order):

About ONE Musicfest
ONE Musicfest is the Southeast’s largest annual urban progressive music festival, featuring a diverse range of music, including classic and next generation hip-hop, soulful R&B, alternative, and rock. Started in 2010, ONE Musicfest is now recognized as one of the most highly-anticipated celebrations of the arts in the Southeast, with this year’s festival expecting an attendance of 20,000 music lovers from throughout the country.