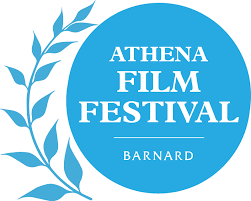 The ninth annual Athena Film Festival—which took place at New York City’s Barnard College from February 28 to March 3, 2019—had another banner year for its female-centric programming. Most of the feature-length films at the festival have already been released in theaters or premiered at other events, but most of the films’ directors attend the Athena Film Festival to do intros or Q&As at the screenings. There’s also the Athena Film Festival Awards, which honor prominent people in the film industry. This year’s honorees were filmmaker Marielle Heller (director of “Can You Ever Forgive Me?”), attorney (and Barnard grad) Nina Shaw, filmmaker/actress Desiree Akhavan (director and co-writer of “The Miseducation of Cameron Post”) and Toronto International Film Festival co-head/artistic director Cameron Bailey.

The festival’s hottest ticket was for the closing-night film: director Rachel Lears’ “Knock Down the House,” a documentary about four very different female candidates for the U.S. House of Representatives in the 2018 mid-term elections. One of the candidates in the film is Alexandria Ocasio-Cortez, who made history by becoming the youngest woman (at age 29)  to serve in Congress. After having its world premiere at the 2019 Sundance Film Festival in January, “Knock Dock Down the House” was picked up for distribution by Netflix, which will premiere the movie on a date to be announced. At the Athena Film Festival, “Knock Down the House” sold out soon after tickets went on sale about two months before the screening, and the movie was so popular that it was the only film screening at the festival that couldn’t be accessed with a press pass.

Another movie that had its world premiere at the 2019 Sundance Film Festival before going to the Athena Film Festival was the Athena Film Festival’s documentary centerpiece film “This Is Personal” (directed by Amy Berg), which takes an inside look at the people behind the annual Women’s March that began in 2017. Although four women—Linda Sarsour, Tamika Mallory, Carmen Perez and Bob Bland—are credited with being the chief organizers of the Women’s March (which also spawned the Women’s Convention), Mallory and Perez (and their personal lives) get the most of the screen time in the documentary. The movie doesn’t sugarcoat the problems in the group, namely the anti-Semitism accusations against most of the group’s leaders. Mallory, Sarsour and Perez have all been accused of making anti-Semitic remarks at private meetings (accusations which they have all denied), but the movie makes it look like Mallory is the only one who’s accused of anti-Semitism. It’s an accusation she finds difficult to defend because of her refusal to disassociate herself from Nation of Islam leader Louis Farrakhan, who openly expresses hate speech toward Jews.

One of the most riveting scenes in “This is Personal” is when Mallory and a Jewish colleague meet with a lesbian rabbi named Rachel Timoner to discuss the anti-Semitism accusations. It’s an uncomfortable conversation that gets emotional, but it’s effective for showing that bigotry from people who consider themselves to be progressive liberals is a deep-rooted problem that undermines the credibility of those who claim to be fighting for justice for all. Mallory (who is African American) tries to understand Timoner’s perspective, but in the end, she still defends Farrakhan because she says he’s done a lot to help the black community, and if she condemns Farrakhan, she’ll alienate too many of her black allies.

When watching “This Is Personal,” there’s a sense that the Women’s March leaders, who didn’t expect their work to become such a massive, international business, are susceptible to being corrupted by the fame and power that have come their way. The movie doesn’t adequately address how all the media attention and money made from their activism have affected these women. When Perez’s mother is close to being deported, Perez uses her media connections to draw attention to her mother’s immigration case, and her mother ends up being allowed to stay in the United States. Unfortunately, the movie glosses over how much Perez’s fame played a role in this outcome. Undocumented immigrants who are in danger of deportation and who have no influential connections aren’t as lucky, and they usually do get deported.

The 2019 Athena Film Festival’s narrative centerpiece film was the crime thriller “Out of Blue,” directed by Carol Morley and starring Patricia Clarkson. Clarkson is a very talented actress who does the best with what she’s given, but this movie’s often-incoherent screenplay is the film’s weakest link. The supernatural element of the story is an unnecessary flaw, and the movie has an unbelievable premise that Clarkson’s police detective character is the only person doing the legwork on a high-profile murder case in New Orleans. And this is a bad sign for “Out of Blue”: Out of all the movie screenings that I attended at the festival, “Out of Blue” was the only one where no one applauded at the end of the movie. IFC Films’ “Out of Blue,” which had its world premiere at the 2018 Toronto International Film Festival, will be released in select theaters and on VOD on March 22, 2019.

“Ask for Jane,” which had its world premiere at the 2018 Hamptons Film Festival, is based on a true story of the Jane Collective, a Chicago-based underground abortion network that was run by female college students during 1969 and 1973, when abortion was illegal. The movie—directed by Rachel Carey—stars Cody Horn (“Magic Mike”) and Sarah Ramos (“Midnight, Texas”) as two of the founders of the Jane Collective.

One of the criticisms that “Ask for Jane” is bound to get is that it follows a “white savior” trope: All of the Jane Collective members in the movie are white, while many of the women who need their services are financially disadvantaged black women. The movie briefly addresses this racial discrepancy by having a black female character asking about it and being told that the Jane Collective didn’t invite black women to be members of the group because the Jane Collective members were in danger of being arrested, and they felt black members would be treated more unfairly by the police. The explanation is easily accepted by the black character, who responds by asking the Jane Collective leaders to contact her if they need any black volunteers. It’s a scene that many people might consider to be trite, inadequate or downright offensive, because the movie ignores the possibility that racism in the Jane Collective could have been the real reason why the group didn’t have women of color in any leadership positions.

Amazon Studios is making a movie with director Kimberly Peirce called “This is Jane” about the same subject matter. There’s also a movie in development titled “Call Jane,” starring Elisabeth Moss and Susan Sarandon (and directed by Sian Heder) that’s also about the Jane Collective. While “This Is Jane” and “Call Jane” are likely to get theatrical releases, “Ask for Jane” has the look and feel of a Lifetime movie. Not that there’s anything wrong with that, but it’s certainly not an Oscar-caliber film.

Speaking of Oscar-caliber movies, the Athena Film Festival had a few of them:  Oscar-winning films “The Favourite” (Best Actress for Olivia Colman) and “Period. End of Sentence” (Best Documentary Short) were part of the festival lineup, as were Oscar-nominated films “Can You Ever Forgive Me?” and “Mary Queen of Scots.”

“I Am Somebody’s Child: The Regina Louise Story” was the only feature film to have its world premiere at the 2019 Athena Film Festival. The movie, directed by Janice Cooke, premieres on Lifetime on April 20, 2019. Ever hear about a “three-hanky movie”? It’s an old Hollywood phrase to describe a tearjerker film that makes people cry so much that that they need three handkerchiefs to get through it. “I Am Somebody’s Child” is that kind of movie.

The story is based on the real-life teenage experiences of African American beauty entrepreneur/author Regina Louise, who was made a ward of the state in the late 1960s after her biological parents rejected her. When a white social worker named Jeanne Kerr forms a close friendship with Regina, and tries and fails to adopt her, Regina ends up in an abusive system that turns her life into an emotional hell. She is shuffled around and often mistreated in several orphanages, foster homes and psychiatric facilities before she turns 18. The movie sounds an alarm about how foster care and adoptions are handled in the United States. Regina Louise’s story is a cautionary but ultimately inspiring tale on how to overcome the damage that the system might cause. At the movie’s Athena Film Festival premiere, which I attended, tears were flowing aplenty in the audience, which was a diverse mix of people in age, gender and race. I go to a lot of movies, and it’s been a while since I’ve seen so many people cry in a movie audience.

The average “women in peril” Lifetime movie usually takes the angle that a woman’s love life or bad choices somehow put her in danger. That’s what makes “I Am Somebody’s Child” especially tragic because it’s about how a child endured so much trauma for no reason other than because she didn’t have any biological family members to take care of her. The movie’s cast members include newcomer Angela Fairley (a real-life foster child) as a young Regina; Ginnifer Goodwin (“Once Upon a Time”) as Jeanne; and Sherri Saum (“The Fosters”) as the adult Regina.

Besides pushing emotional buttons, “I Am Somebody’s Child” is bound to trigger criticism over race issues from people who will call this another “white savior” movie. The situation is complicated because the movie’s biggest “villain” (besides the broken foster-care system) is Jeanne’s black supervisor Gwen Ford (played by Kim Hawthorne), who does everything she can to keep Regina separated from Jeanne. Gwen literally says in the movie that putting black kids in homes with parents of other races is committing “genocide” on black people. As a member of the National Black Social Workers Association, Gwen isn’t portrayed as a heartless witch, but as someone who genuinely did what she thought was in the best interest of black children at a time when interracial adoptions were still very taboo. Ultimately, the “white savior” criticism of “I Am Somebody’s Child” can only go so far because the last half of the movie shows that Regina is the one who actually saves herself.

Let’s be clear: “I Am Somebody’s Child” has plenty of melodrama that people expect from a Lifetime movie. But the situations depicted in the film can and do happen, and that’s why even the most cynical viewers might not roll their eyes and laugh as they would at overly dramatic scenes in a typical Lifetime movie. The emotions that people feel will tug at the heartstrings (and tear ducts) more than the need to expect Oscar-level acting.

Lifetime is also going the extra mile in social advocacy by partnering with the non-profit Promise House to show “I Am Somebody’s Child” at a March 7 charity event in Dallas to raise money and awareness for homeless youth. Louise will be a guest speaker at the fundraiser.

After the movie’s premiere at the Athena Film Festival, there was a Q&A panel that included Louise and “I Am Somebody’s Child” co-stars Fairley and Saum. Louise, who is the author of the memoirs “Somebody’s Someone” and “Someone Has Led This Child to Believe,” said that when she took a meeting years ago with Creative Artists Agency to make her life story into a movie, she met with a black female agent, who told her, “There are no black people to play you.” The agent’s negative reaction only made Louise even more determined to get the movie made. Louise remembered, “I thought, ‘Not only will there be someone to play me, I can’t wait until it airs in your living room.’”

Louise added that any black girl watching this movie “deserves to be represented, as well as be a representation for herself first and any other girl, no matter the race, creed or nationality.”