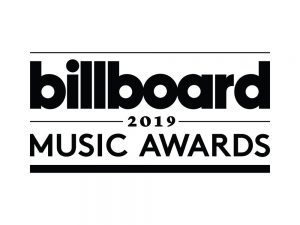 The following is a press release from Dick Clark Productions and NBC:

Dick Clark Productions and NBC announced today the first round of performers for the 2019 Billboard Music Awards, which include top artists Kelly Clarkson, Lauren Daigle, Khalid, Panic! At The Disco and Sam Smith & Normani.  The three-hour telecast will air live from the MGM Grand Garden Arena in Las Vegas on Wednesday, May 1 at 8 p.m. ET/PT on NBC and will feature this year’s hottest musical acts, unexpected collaborations and buzzworthy moments.

Since making a splash on Billboard’s charts back in 2002, after being crowned the first winner of “American Idol,” Kelly Clarkson has notched three No. 1 albums on the Billboard 200 chart and claimed more than 20 top 40-charting singles on the Billboard Hot 100 (including three No. 1s). Her most recent album, Meaning Of Life, marked the singer-songwriter’s eighth top 10 album on the Billboard 200 chart, and spun off three top 20-charting hits on the Adult Pop Songs airplay chart. In total, Clarkson has sold over 50 million albums and digital tracks in the U.S., according to Nielsen Music.

Lauren Daigle has notched three No. 1s on Billboard‘s Top Christian Albums chart, all since 2015’s How Can It Be, Behold: A Christmas Collection and Look Up Child. The Louisiana native has earned four No. 1s on Hot Christian Songs, including “You Say,” which crossed over to the Billboard Hot 100’s top 40 and the top 10 of the Adult Pop Songs and Adult Contemporary airplay charts.

It’s been only three years since Khalid made his Billboard chart debut, but he’s quickly established himself as a chart force and streaming juggernaut. His catalog of songs have earned more than 4.7 billion on-demand streams in the U.S., according to Nielsen Music, while his albums have tallied over 3 million equivalent album units. His album, American Teen and EP Sun City, both hit No. 1 on Billboard’s Top R&B Albums chart, while he’s also claimed a pair of No. 1s on the Hot R&B Songs chart: “Young Dumb & Broke” and “Better.” His success isn’t restricted to the R&B charts, as he’s also notched two No. 1s on the Pop Songs chart, with “Love Lies,” with Normani, and “Eastside,” with Benny Blanco and Halsey. Most recently, Khalid released his highly anticipated sophomore album Free Spirit.

Over a dozen years into its career, Brendon Urie-fronted Panic! At The Disco is hitting new heights on Billboard‘s charts. The act scored its first No. 1 Billboard 200 album, Death of a Bachelor, in 2016 and followed with its second, Pray for the Wicked, in 2018. The latter LP also generated Panic’s single “High Hopes,” which became the act’s second Hot 100 top 10, and first since 2006. “High Hopes” also hit #1 simultaneously across three Billboard radio airplay charts (Pop Songs, Alternative, and Adult Pop) while also holding the longest #1 position this decade on the Adult Pop Songs chart.  2018 also brought the act’s first two No. 1 hits on the Alternative Songs chart.

Just six years after Sam Smith made his Billboard chart debut, the singer-songwriter has racked up a string of hit albums and singles on the charts. His debut full-length studio album In the Lonely Hour reached No. 2 on the Billboard 200 chart in 2014, and launched the No. 1 Pop Songs airplay chart hit “Stay With Me,” which also reached No. 2 on the Billboard Hot 100. Lonely went on to earn over 5 million equivalent album units in the U.S., according to Nielsen, while its songs generated 2 billion on-demand audio streams. Smith’s second studio release, The Thrill Of It All, debuted at No. 1 on the Billboard 200 and was led by the top 5 Billboard Hot 100 hit song “Too Good at Goodbyes.” Most recently, Smith’s duet with Normani, “Dancing With a Stranger,” reached the top 10 on the Adult Pop Songs airplay chart and the top 20 on the Billboard Hot 100.

Normani took the charts by storm in 2018 with her hit single “Love Lies” with Khalid. The track spent two weeks at No. 1 on the Pop Songs airplay chart, tied the record for the longest-run ever on the Pop Songs chart, hit No. 9 on the Billboard Hot 100, and collected more than a half-billion on-demand streams in the U.S., according to Nielsen Music. She followed “Love Lies” up with another smash duet, “Dancing With a Stranger,” with Sam Smith. The track hit the top 10 on both Pop Songs and Adult Pop Songs airplay charts, and became her second top 20-charting hit on the Hot 100. Before Normani notched hits with “Love Lies” and “Dancing with a Stranger,” she earned chart success as a member of the pop vocal group Fifth Harmony, which notched four top 10-charting albums on the Billboard 200, and four top 40 hits on the Hot 100 between 2013 and 2017.

Billboard Music Awards nominees and winners are based on key fan interactions with music, including album and digital song sales, streaming, radio airplay, touring and social engagement, tracked by Billboard and its data partners, including Nielsen Music and Next Big Sound. The awards are based on the chart period of March 23, 2018 through March 7, 2019. Since 1940, the Billboard charts have been the go-to guide for ranking the popularity of artists, songs and albums, and are the ultimate measure of success in music.

The 2019 Billboard Music Awards are sponsored by T-Mobile.

Tickets for the 2019 Billboard Music Awards are on-sale now. To purchase tickets online, fans should go to www.axs.com.

For the latest news on the Billboard Music Awards (BBMAs) visit www.billboardmusicawards.com and  www.billboard.com/bbma. For exclusive content and more, be sure to follow the BBMAs on social media and join the conversation by using the official hashtag for the show, #BBMAs. Twitter: @BBMAs  Facebook: FB.com/TheBBMAs  |  Instagram: bbmas  | Snapchat: thebbmas  | YouTube: youtube.com/bbmas

About Billboard Media Group
Billboard is the world’s largest voice in music, built on the most complete and well-respected database of charts across all music genres. The Billboard charts define success in music. From the iconic Billboard magazine to Billboard.com, the ultimate consumer-facing destination for millions of passionate music fans, to the industry’s most elite conference series and influencer events including the Power 100 and Women in Music – the Billboard brand has unmatched authority among fans, artists and the industry alike. Billboard has a social media footprint of 25.5M+ million social followers across Facebook, Twitter, Instagram, and YouTube, and creates more than 160M+ cross-platform video views per month. Billboard magazine has published major news-generating covers recently including Travis Scott, Janet Jackson, Lil Wayne, Demi Lovato, Cardi B, Christina Aguilera, Shakira, BTS, and more. In December 2018, the Billboard Women in Music ceremony, which honored Ariana Grande as Woman of the Year, was live-streamed globally on Twitter. In 2016, The Hollywood Reporter-Billboard Media Group acquired Spin Media’s storied music assets Spin, Vibe, and Stereogum, establishing the world’s largest music brand by digital traffic, social reach, and audience share. The combined entity of music and entertainment properties now reaches 41 Million + unique visitors and more than 20% of U.S. millennials.