Pop singer Ariana Grande, hip-hop artist Childish Gambino (the musical alter ego of actor Donald Glover) and rock band Tame Impala are headlining the 2019 Coachella Valley Music and Arts Festival, which will take place April 12 to April 14 and April 19 to April 21 at the Empire Polo Club in Indio, California. This is third year in a row that a female solo artist is headlining at Coachella, which had Lady Gaga headlining in 2017 and Beyonce in 2018. Grande is the fourth female solo artist to be a Coachella headliner; Björk was the first, in 2007). At age 25, Grande is the youngest female solo artist to headline at the festival. Tickets for the Coachella Festival go on sale months in advance, and sell out quickly, even before the performers are announced.

Kanye West had been in talks to headline at Coachella this year, but those discussions fell apart, reportedly over production issues. The festival, which is produced by Goldenvoice, refused West’s requests to completely change the main stage for his performance. 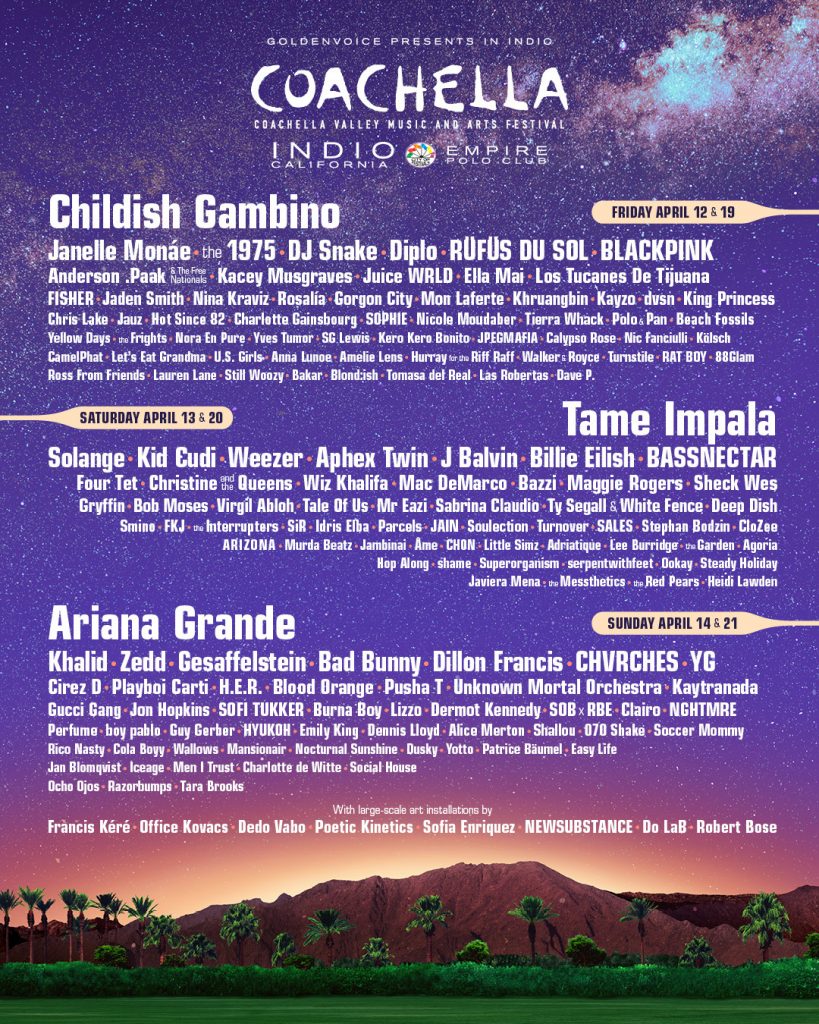