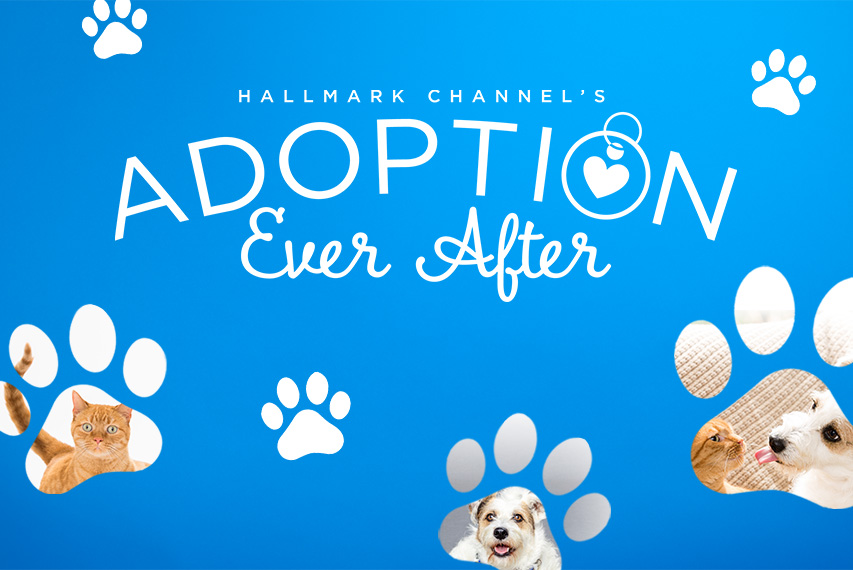 The following is a press release from Hallmark Channel:

Hallmark Channel, the country’s leading provider of family friendly entertainment, announced today the rebranding of its corporate pet initiative with a new name, logo, and reinforced commitment to educating the public about the many rewards of pet adoption.  Originally launched as Pet Project in 2012, the campaign has been rebranded as Adoption Ever After, bringing the core call to action – adopt – to the forefront.  Working in collaboration with the country’s leading animal rescue and welfare organizations, activists, distribution and advertising partners, and celebrity influencers, Hallmark Channel’s Adoption Ever After aims to dismantle common misconceptions about shelter animals, provide resources, inspire the public to adopt, and ultimately put an end to this country’s epidemic of pet homelessness. As Adoption Ever After grows, Crown Media will forge new partnerships with other companies and brands to raise awareness for shelter animals.

The first such partnership is with Bissell and Bissell Pet Foundation, which works tirelessly on their “Empty the Shelters” campaign.  Proving that highly successful brands can band together.  The hope is that this venture is the first of many alliances that will help clear the shelters.  “Every year, millions of perfectly healthy and lovable animals needlessly die in shelters – and while progress has been made in recent years, we still have a long way to go in the movement against pet homelessness,” said Crown Media Family Networks President & CEO, Bill Abbott.  “With Hallmark Channel’s Adoption Ever After, we are honored to give these animals a platform, spark a national dialog about the importance of adoption, and save lives.”