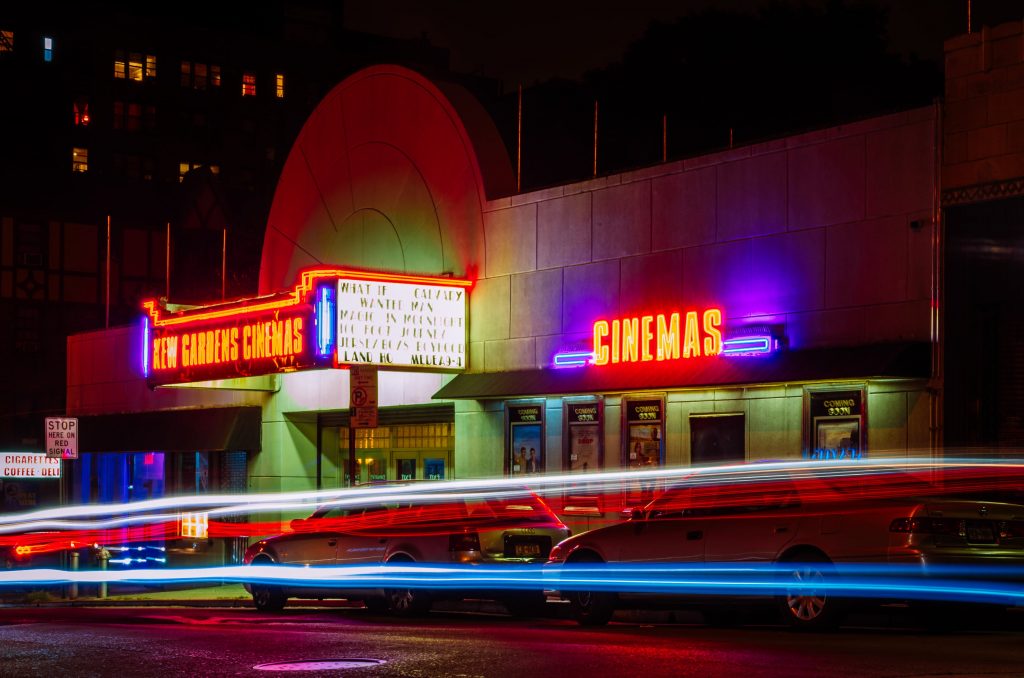 As of March 17, 2020, thousands of movie theaters across the United States will be closing until further notice because of the coronavirus pandemic. They join the thousands of other cinemas around the world that have also shut down for the same reasons.

AMC Theatres, Regal Cinemas, Cinemark and Cineplex are closing until further notice all of their locations in the United States. Cinemark is closing as of March 18, 2020, while the other major cinema companies are closing as of March 17, 2020. In the U.S., several independent movie theaters, such as Alamo Drafthouse and Landmark, also closed of all their locations.  In some cities and states, these closures are mandatory. In other areas, the closings are voluntary.

Refunds are being given for tickets purchased in advance for screenings that will no longer take place. AMC, Regal and Alamo Drafthouse all have subscription services. As of this writing, only AMC has officially announced that it will not charge subscription fees during the period of time that its theaters are closed, although Regal and Alamo Drafthouse will no doubt have similar policies. AMC also announced that its subscriptions expirations will not be in effect during the closure of AMC Theaters.

Most of the movie theaters in the U.S. that are remaining open have pledged to not book theater rooms at more than 50% capacity. But given the huge dropoff in moviegoing since the coronavirus outbreak was classified as a pandemic, attendance at movie theaters was reaching well below 50% anyway.

The industry standard used to be that major studios would wait at least 90 days before a movie in theatrical release would be released on home video or streaming services. (This rule wasn’t followed by most independent studios.) The major studios would be threatened with boycotts by corporate-owned movie theaters if they didn’t comply with this 90-day window. And it’s why corporate-owned theaters such as AMC, Regal, Cineplex and Cinemark would not carry independent films and films from streaming services that didn’t follow this release mandate.

But now, with almost all of these corporate-owned movie theaters closed until further notice, they no longer have the power to dictate when studios can release films on home video after a theatrical release. The power has now shifted to those who can deliver movies to people in ways that don’t involve movie theaters. Going to the movie theaters won’t be considered obsolete, but the coronavirus pandemic has permanently altered the cinema business. It’s going to take a very long time for movie theaters to recover. Going to movie theaters just won’t reach the same levels that it had during its peak.

Click here for an updated list of other corona virus-related cancellations and postponements in the entertainment industry.

June 19, 2020 UPDATE: The three biggest cinema companies in the U.S. have announced their re-opening dates:

In addition, most movie theaters have pledged to not book screening rooms above 50% capacity. Customers will be encouraged to purchase their tickets online or at kiosks instead of at a theater box office. In addition, placing advance online orders for food is also being encouraged. The major cinema companies have also announced stricter guidelines for more frequent cleaning and social distancing inside each theater location’s building.

October 5, 2020 UPDATE:  Cineworld, the company that owns Regal Cinemas and Picturehouse, has announced that, for the second time in 2020, it is temporarily closing all of its U.S. theater locations. The temporary closures begin on October 8, 2020. In addition, all Cineworld and Picturehouse location in the United Kingdom will also temporarily close, as of October 8, 2020. The reason cited is the lack of blockbuster movies scheduled for release in 2020. It has not been announced yet when these Regal Cinemas, Cineworld and Picturehouse locations will re-open.