Food Network’s biggest stars offer the ultimate guide for the best dishes they have ever had while also giving viewers an up close and personal look at recipes to make at home in “All-Star Best Thing I Ever Ate,” premiering Monday, July 20th at 9pm ET/PT on Food Network. Whether it is the most sensational sandwiches, best burgers, or one of a kind dishes, Food Network icons showcase the best bites they have tasted through eight one-hour special episodes, with Sunny Anderson, Valerie Bertinelli, Alton Brown, Anne Burrell, Bobby Flay and Alex Guarnaschelli also sharing some of their own personal recipes that take on each episode’s culinary theme, perfect for viewers at home.

“We are excited to bring ‘All-Star Best Thing I Ever Ate’ to the schedule, as fans get more of what they crave with firsthand recommendations for the best dishes and personal recipes from Food Network’s biggest stars,” said Courtney White, President, Food Network.

Throughout the season culinary pros give their picks for the country’s most amazing eats. Guy Fieri takes viewers on a journey to the bright lights of Las Vegas to get his favorite meaty burrito guaranteed to satisfy cravings, while Molly Yeh divulges where to find the best fried pickles in Bismarck, North Dakota, and Rachael Ray has an unbeatable breakfast sandwich in Pittsburgh. And for those who want to make the best thing they ever ate, don’t miss recipes from Food Network’s stars, including Bobby Flay’s perfect rib eye, Alton Brown showing how to make pizza on the grill, and Valerie Bertinelli’s delectable homemade churros.

Head to FoodNetwork.com/BestThingIEverAte to see where your favorite chefs like to eat and to catch up on past episodes. Follow #BestThingIEverAte on Food Network’s social channels to weigh in on your ultimate restaurants and favorite meals. 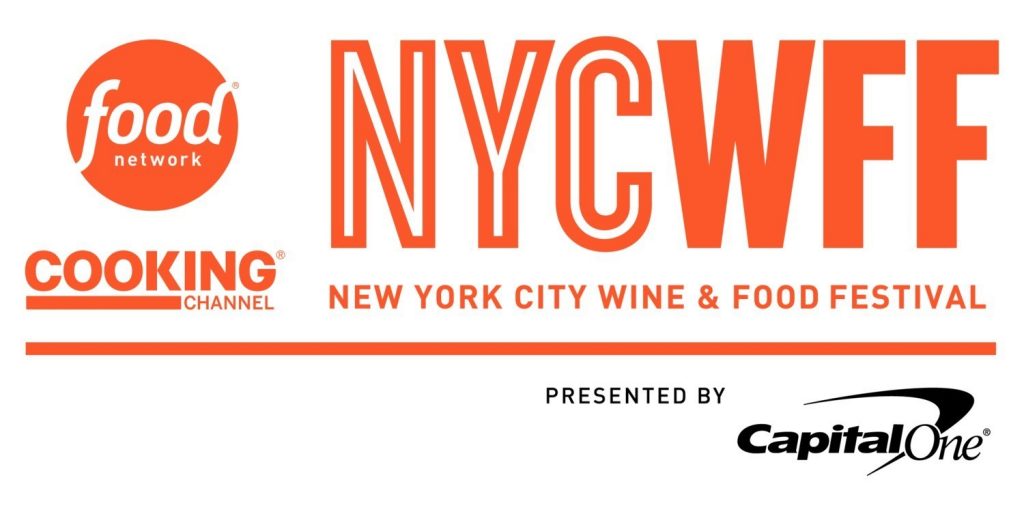 Alton Brown takes over the “Chopped” kitchen for this epic five-part tournament, “Chopped: Alton’s Challenge,” premiering Tuesday, October 10 at 10pm ET/PT on Food Network. Four competitors face off each episode to create unique and delicious dishes over three rounds – appetizer, entrée, dessert – utilizing the mystery ingredients with a theme, as they must impress a rotating panel of “Chopped” and special guest judges, including Alton himself! Ted Allen hosts the edge-of-your-seat competition as Alton influences the mystery baskets and demonstrates the science of some of the ingredients throughout the tournament. Over the course of the tournament the chefs are put to the test with challenges that tap into the science of cooking and the physics of food, with each winner from the four preliminary heats competing in the finale airing Tuesday, November 7, with a chance to impress Alton and the judges, and go home with a $50,000 grand prize.

Get more insight on the “Chopped: Alton’s Challenge” tournament at FoodNetwork.com/Chopped, to find photo and video highlights, relive top moments, and hear from the winning contenders. Join in on the conversation using #Chopped.

Premiering Tuesday, October 10 at 10:00pm ET/PT – PREMIERE!
“Alton’s Challenge, Part 1”
Alton Brown is taking over the Chopped Kitchen for an epic, five-part tournament! To kick off the appetizer basket, Alton demonstrates the mad science of champagne and the competitors embrace a fermentation theme. A strange, stringy Japanese specialty is the talk of the entrée round, and an unusual cake inspires some unusual choices in the dessert round.
Host: Ted Allen
Judges: Alton Brown, Amanda Freitag, Alex Guarnaschelli
Competitors: Michael Nelson, Regan Reik, Jason Rodriguez, Kashi Smith

Premiering Tuesday, October 17 at 10:00pm ET/PT
“Alton’s Challenge, Part 2”
On a quest for $50,000, four new, bold chefs take on the Alton’s Challenge baskets. The first four chefs bravely take on his challenge, where Alton demonstrates the science behind smoking foods, and the chefs are encouraged to infuse every dish with smoky flavor. Tiny radishes and a strange savory cookie are in the mix for the appetizer basket. Alton then whips up a signature smoked item for the second basket, and an exotic drink is the smoky component in the dessert basket.
Host: Ted Allen
Judges: Hugh Acheson, Alton Brown, Maneet Chauhan
Competitors: Jamal Bland, Jessica Chaney, Leah Gourlie, Gavin Jobe

Premiering Tuesday, October 24 at 10:00pm ET/PT
“Alton’s Challenge, Part 3”
Dried and true! In this third Alton’s Challenge battle, there’s a dehydration theme for the baskets and Alton demonstrates a home hack that makes removing moisture from food a breeze. The first basket has the chefs making quick use of instant mashed potatoes. Then, an Alton specialty is one of the mandatory ingredients for the entrée round. In the dessert basket, diabolical ingredients have the chefs scrambling to make dehydrated eggs work in their final plates.
Host: Ted Allen
Judges: Alton Brown, Amanda Freitag, Marcus Samuelsson
Competitors: Ben Bebenroth, Vinnie Cimino, Lisa Pucci Delgado, Nick Wallace

Premiering Tuesday, October 31 at 10:00pm ET/PT
“Alton’s Challenge, Part 4”
Modern magic! Four new chefs explore the wonders of molecular gastronomy in Alton’s Challenge battle. Making a powder from a fat and clearing up the problem with transparent ravioli are some of the struggles in the appetizer basket. In the entrée round, the chefs get lamb cooked via a modernist method and some new age noodles. And a “cake” that looks like a drop of water — and tastes like one too — gives the last pair of chefs a perplexing puzzle to solve for dessert.
Host: Ted Allen
Judges: Alton Brown, Wylie Dufresne, Amanda Freitag
Competitors: Andrea Anom, Louis Goral, Chris Holland, Tiffany Schleigh

Premiering Tuesday, November 7 at 10:00pm ET/PT – FINALE!
“Alton’s Challenge, Grand Finale”
Expect the ultimate in brainy, zany baskets from Alton Brown, as four Challenge champions return to battle it out for $50,000! Ingredients harken back to the themes of preliminary battles: molecular gastronomy, smoke, dehydration, and fermentation. In the appetizer basket, a small fish and a strange condiment puzzle the champs. A stunningly-presented protein and a jar of something stinky are in the entrée basket, and Alton makes a grand entrance in the dessert round to demonstrate the science of one of the ingredients, before an unprecedented turn of events unfolds.
Host: Ted Allen
Judges: Alton Brown, Alex Guarnaschelli, George Mendes