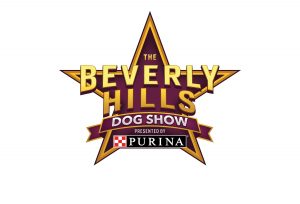 The following is a press release from Purina:

To celebrate the third annual “Beverly Hills Dog Show Presented by Purina,” Purina is inviting pet lovers across the country to showcase their dog’s star-studded personalities through the  #EveryDogIsAStar social media campaign for a chance to see their pup featured on NBC or NBCSports.com this Easter Sunday, April 21, 2019.

From award-winning cuddles to fantastic tricks, Purina wants to see which dogs are shining the brightest and living their best lives with their owners. From now through April 21, pet owners are encouraged to share a short video or photo displaying their pet’s star qualities on Facebook, Twitter and Instagram, using the hashtag #EveryDogIsAStar.

To see which pets get their 15 seconds of fame, tune in to the Beverly Hills Dog Show Presented by Purina on April 21, Easter Sunday, on NBC at 1pm ET / 10am PT. The show will bring the stars of Hollywood and the stars of the dog world together for an amazing night while crowning one of America’s great dogs as its 2019 champion.

Maria Menounos, host of the leading female Apple Podcast, ‘Conversations with Maria’ and her dogs, Whinnie and Maximus, are helping to kick off this year’s #EveryDogIsAStar initiative.

“My dogs are the true stars of our family. They have different personalities, but provide us with their own wonderful versions of warmth and affection,” said Menounos. “Our German Shepherd, Maximus, is the family’s protector, while Whinnie, our Poodle, provides closeness and comfort. That’s why my pets and I are excited to help kickoff Purina’s ‘Every Dog is a Star’ program this year to further celebrate each pet’s star qualities and the value they bring to our lives every day.”

“The Beverly Hills Dog Show is another great example of Purina and NBC partnering to bring family-friendly entertainment options to TV while highlighting hundreds of amazing dogs in and out of the show ring,” said Daniel Henke-Cilenti, director of marketing for the Purina brand. “Building upon the successful formula of the National Dog Show Presented by Purina, an annual Thanksgiving tradition for millions of families, we are growing that same family holiday tradition with the Beverly Hills Dog Show on Easter.”

The show will be co-hosted by legendary dog show analyst David Frei and beloved TV personality John O’Hurley, along with NBC’s Mary Carillo and Maria Menounos as official correspondents at the show.