The following is a press release from Dick Clark Productions and ABC:

dick clark productions and ABC today announced that multi-platinum music superstars Kelly Clarkson and P!NK will perform together for the very first time to open the “2017 American Music Awards,” which will broadcast live from the Microsoft Theater in Los Angeles on Sunday, November 19, 2017 at 8:00pm ET on ABC.

As previously announced, music legend Diana Ross will also take the stage for a rare performance at the “2017 American Music Awards” and will be honored with the “American Music Award for Lifetime Achievement.” Christina Aguilera will pay tribute to Whitney Houston and music from “The Bodyguard” with a performance in honor of the film’s 25th anniversary, which falls on the same week as the awards ceremony. Other previously announced performers include BTS, Alessia Cara & Zedd, Kelly Clarkson, Selena Gomez, Niall Horan, Imagine Dragons & Khalid, Nick Jonas, Lady Gaga, Demi Lovato, Shawn Mendes, P!NK, Portugal. The Man, and Hailee Steinfeld & Alesso ft. Florida Georgia Line & watt. Additionally, Bebe Rexha will combine with Florida Georgia Line to treat American Music Awards fans to an encore performance for Xfinity TV customers, which will be available following the show on Xfinity On Demand.

American Music Awards nominees are based on key fan interactions as reflected in Billboard Magazine and on Billboard.com, including album and digital song sales, radio airplay, streaming, social activity and touring. These measurements are tracked by Billboard and its data partners, including Nielsen Music and Next Big Sound. The eligibility period for the “2017 American Music Awards” was September 9, 2016 to September 14, 2017.

Sponsors for the “2017 American Music Awards” include Comcast’s Xfinity, Security Benefit and T-Mobile. Media partners include Cumulus Media/Westwood One and Music Choice.

For the latest American Music Awards news, exclusive content and more, be sure to follow the AMAs on social and join the conversation by using the official hashtag for the show, #AMAs.

Tickets are now on sale at www.axs.com.

About the American Music Awards

The American Music Awards, the world’s largest fan-voted award show, features performances from today’s hottest artists and presents fan-voted awards in the music genres of Pop/Rock, Alternative Rock, Country, Rap/Hip-Hop, Soul/R&B, Adult Contemporary, Contemporary Inspirational, Latin, EDM and Soundtrack, and the categories of Artist of the Year, New Artist of the Year presented by T-Mobile, Collaboration of the Year presented by Xfinity, Tour of The Year and Video of the Year. The American Music Awards pays tribute to today’s most influential and iconic artists.  The show is produced by dick clark productions and is seen in more than 200 countries around the world. For more information, visit www.theamas.com, www.dickclark.com or abc.go.com/shows/american-music-awards.

The Hollywood Film Awards, continuing its tradition of recognizing excellence in the art of cinema in all disciplines of filmmaking, also announced today the honorees in the categories of Cinematography, Film Composer, Editor, Visual Effects, Costume Design, Make-Up & Hair Styling, Production Design and Sound:

The 2017 “Hollywood Film Awards,” known as the official launch of the awards season®, will be hosted by actor and comedian James Corden for the third consecutive year and will take place at The Beverly Hilton in Beverly Hills, CA, on Sunday, November 5, 2017. The ceremony, which honors the most acclaimed films and actors while previewing highly anticipated films and talent for the upcoming year, also acknowledges artists in the categories of Cinematography, Visual Effects, Film Composing, Costume Design, Editing, Production Design, Sound and Makeup & Hairstyling. In its 21-year history, more than 120 of the “Hollywood Film Awards” honorees have gone on to garner Oscar nominations and/or wins. This year’s ceremony will benefit MPTF, which supports the entertainment community in living and aging well, with dignity and purpose, and in helping each other in times of need. 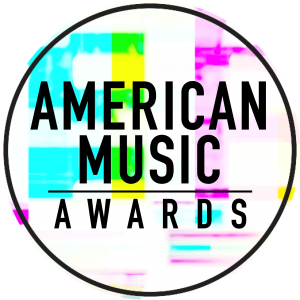 The 2017 American Music Awards will broadcast live from the Microsoft Theater in Los Angeles on Sunday, November 19, 2017 at 8:00pm ET on ABC. The American Music Awards, the world’s largest fan-voted awards show, is where music enthusiasts watch their favorite artists and pop culture icons come together to honor idols, newcomers and record-breakers in the contemporary music scene.  From Pop and Rock, to Country, Hip Hop and beyond, this year’s show will celebrate 45 years of the best moments in music with appearances by today’s brightest stars and live performances from the biggest names in music.

American Music Awards nominees are based on key fan interactions as reflected in Billboard Magazine and on Billboard.com, including album and digital song sales, radio airplay, streaming, social activity and touring. These measurements are tracked by Billboard and its data partners, including Nielsen Music and Next Big Sound.

Sponsors for the 2017 American Music Awards include Comcast’s Xfinity and T-Mobile. Media partners include Cumulus Media/ Westwood One and Music Choice.

Below please find the full list of nominations for the 2017 American Music Awards®:

ARTIST OF THE YEAR