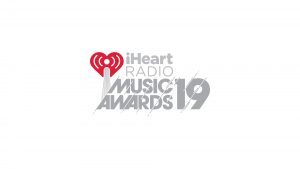 The official hashtag of the evening, #iHeartAwards2019 trended #1 on Twitter Worldwide and in the U.S.

Song of the Year:

Artist of the Year:

Female Artist of the Year:

Male Artist of the Year:

Best Duo/Group of the Year:

Pop Album of the Year:

Alternative Rock Song of the Year:

Alternative Rock Artist of the Year:

Alternative Rock Album of the Year:

Rock Song of the Year:

Rock Artist of the Year:

Rock Album of the Year:

Country Song of the Year:

Country Artist of the Year:

Country Album of the Year:

Dance Song of the Year:

Dance Artist of the Year:

Dance Album of the Year:

Hip-Hop Song of the Year:

Hip-Hop Artist of the Year:

Hip-Hop Album of the Year:

R&B Song of the Year:

R&B Artist of the Year:

R&B Album of the Year:

Latin Song of the Year:

Latin Artist of the Year:

Latin Album of the Year:

Regional Mexican Song of the Year:

Regional Mexican Artist of the Year:

Regional Mexican Album of the Year:

Label of the Year:

Producer of the Year:

Songwriter of the Year:

Most Thumbed Up Artist of the Year:

Most Thumbed Up Song of the Year:

Executive Producers for the iHeartRadio Music Awards are Joel Gallen for Tenth Planet and John Sykes, Tom Poleman and Lee Rolontz for iHeartMedia.

The following is a press release from iHeartMedia and Fox:

Social voting began on January 9 and closed on March 7. Fans voted on Twitter using the appropriate category and nominee hashtags or by visiting iHeartRadio.com/awards.

Executive producers for the iHeartRadio Music Awards are Joel Gallen for Tenth Planet and John Sykes, Tom Poleman and Lee Rolontz for iHeartMedia.

Tickets are currently on sale to the general public at axs.com.

Fox Broadcasting Company (FOX), a unit of 21st Century Fox, is home to some of the highest-rated and most acclaimed series on television, including 9-1-1, EMPIRE, THE ORVILLE, THE GIFTED, THE RESIDENT, LETHAL WEAPON, GOTHAM, STAR, THE SIMPSONS, FAMILY GUY, BOB’S BURGERS, HELL’S KITCHEN, MASTERCHEF, MASTERCHEF JUNIOR, THE FOUR: BATTLE FOR STARDOM, BEAT SHAZAM, SO YOU THINK YOU CAN DANCE and GORDON RAMSAY’S 24 HOURS TO HELL AND BACK; as well as new series THE COOL KIDS, REL, LAST MAN STANDING, THE PASSAGE, PROVEN INNOCENT and THE MASKED SINGER. FOX airs 15 hours of primetime programming a week, as well as major sports and Sunday morning news. Through the FOX NOW app, FOX viewers can watch full episodes of their favorite FOX shows on a variety of digital platforms, while enjoying enhanced interactive and social capabilities around those shows. Download the FOX NOW app at www.fox.com/foxnow.  To watch primetime programming live on the web, visit www.fox.com/live. “Like” FOX on Facebook at www.facebook.com/FOXTV and follow the network on Twitter @FOXTV. For additional information about FOX, please visit www.fox.com.

TikTok is the world’s leading destination for short-form mobile videos. Our mission is to capture and present the world’s creativity, knowledge, and moments that matter in everyday life. TikTok empowers everyone to be a creator directly from their smartphones, and is committed to building a community by encouraging users to share their passion and creative expression through their videos. TikTok has offices in Beijing, Berlin, Jakarta, London, Los Angeles, Moscow, Mumbai, Sao Paulo, Seoul, Shanghai, Singapore, and Tokyo. In 2018, TikTok was one of the most downloaded apps in the world. TikTok is available worldwide for iOS and Android. Visit tiktok.com.

The following is a press release from MTV International:

Joining Marshmello onstage will be British band Bastille to perform Marshmello’s chart-topping single “Happier.” Since its release in August, “Happier” has reached #1 on Billboard’s Dance/Electronic Streaming Chart & Dance/Electronic Digital Song Sales Chart and has more than 220 million streams on Spotify.  It also hit #1 on the Top 15 Global Chart in Apple Music.

Marshmello will also be joined onstage by Anne-Marie to perform their platinum-certified track “FRIENDS” which is certified platinum in the US and UK and certified triple platinum in Canada.

Grammy nominated Panic! At the Disco will perform “High Hopes” from their sixth studio album “Pray for the Wicked.”

Alessia Cara will perform her new single “Trust My Lonely,” a track that follows up “Growing Pains,” released via Def Jam Recordings. Both tracks are slated to appear on Alessia’s upcoming second album, THE PAINS OF GROWING.

Jack & Jack will perform their new single “No One Compares To You,” a song that comes on the heels of their hit collaboration “Rise” with multi-platinum artist and producer Jonas Blue.

These artists join previously announced host and performer Hailee Steinfeld, as well as performers Nicki Minaj, Halsey, Rosalía and “Global Icon” award recipient Janet Jackson. Jackson will perform a medley of her greatest hits including her recent smash single, “Made for Now.”

Additional performers and presenters will be announced at a later date.

The full list of “2018 MTV EMA” nominees is available here. Voting is now open at mtvema.com until November 3 at 11:59pm CET at mtvema.com.

Official sponsors of the “2018 MTV EMAs” is the movie Overlord. TikTok is the official MTV EMA red carpet sponsor.

At the 2018 ceremony, Swift also did her first award-show performance in more than two years. She opened the 2018 American Music Awards with “I Did Something Bad.” Swift was one of several people on the show, including Ross and presenter Billy Eichner, who urged people to vote in their upcoming political elections.

Other performers on the show included Twenty One Pilots (“Jumpsuit”), Carrie Underwood (“Spinning Bottles”), Cabello (“Consequences”), Mariah Carey (who sang the live world premiere of “With You”), Dua Lipa (who did a medley of “One Kiss” and “Electricity”), Jennifer Lopez (“Limitless”) and Ella Mai (“Boo’d Up”). Imagine Dragons had been announced as performers several weeks before the ceremony, but the band’s appearance was canceled with no explanation.

There were also several on-stage collaborations. Cardi B featuring Bad Bunny and J Balvin performed their hit song “I Like It” on television for the first time. Benny Blanco joined forces with Halsey and Khalid for their hit “Eastside.” Ciara featuring Missy Elliott did a medley of “Level Up” and “Dose.” Post Malone was joined by Ty Dolla $ign for their hit “Psycho” after Malone performed “Better Now.”  Shawn Mendes paired with Zedd for “Lost in Japan.” Gladys Knight, Ledisi, Mary Mary, Donnie McClurkin and CeCe Winans closed out the show did a special tribute to Aretha Franklin, who died of pancreatic cancer on August 16, 2018.

YouTube Music was the presenting sponsor of the 2018 American Music Awards. Capital One Savor Card and Subaru of America, Inc. were sponsors of the show. The media partner was Cumulus Media/Westwood One.

The following is the complete list of nominees and winners of the 2018 American Music Awards:

FAVORITE SOUNDTRACK
“Black Panther: The Album, Music From and Inspired By”*
“The Greatest Showman”
“The Fate of the Furious: The Album”

“Over the past 22 years, Jingle Ball has become one of the nation’s most iconic holiday events,” said Tom Poleman, Chief Programming Officer for iHeartMedia. “It’s the night where you can see all of the biggest pop artists of the year on one stage.”

Each year, iHeartMedia stations across the country host Jingle Ball concerts in local cities that feature performances by the year’s most iconic recording artists as well as emerging talent. Z100’s Jingle Ball in New York on Friday, December 7 will be carried live on 100 iHeartRadio CHR stations.  The CW Network will also exclusively livestream Z100’s Jingle Ball via CWTV.com and The CW App, and broadcast the event as an exclusive nationwide television special on December 16 at 8 p.m. EST/PST.

“What started as a Holiday concert in New York City in 1996, has grown into a 12-city arena tour, a nationwide network television special and a radio broadcast.” said John Sykes, President of Entertainment Enterprises for iHeartMedia.

iHeartMedia and all of its broadcast radio stations are committed to inspiring and creating positive change that improves the lives of others. For the sixth consecutive year, 11 cities of the 2018 iHeartRadio Jingle Ball Tour Presented by Capital One, including Los Angeles; San Francisco; Minneapolis; Boston; Philadelphia; New York; Washington, D.C.; Chicago; Atlanta; Tampa and Miami/Ft. Lauderdale will partner with The Ryan Seacrest Foundation, a non-profit organization dedicated to inspiring today’s youth through entertainment and education focused initiatives. In addition, 106.1 KISS FM’s Jingle Ball in Dallas will work with the Kidd’s Kids program of the Kraddick Foundation, whose mission is to provide hope and happiness by creating beautiful memories for families of children with life-altering or life-threatening conditions. Each event will allocate a portion of ticket sales to its benefiting organization as well as offer exclusive packages through online auctions leading up to the events.

“The Ryan Seacrest Foundation is honored to team up with the iHeartRadio Jingle Ball Tour for another year in an effort to continue to build and support our Seacrest Studios in children’s hospitals across the country,” said Meredith Seacrest, Executive Director & COO of the Ryan Seacrest Foundation. “We value our longstanding partnership with iHeartMedia and are proud to join forces once again to help lift the spirits of patients through our radio and TV programming.”

Artists and/or events subject to change or cancellation without notice

At Capital One (www.capitalone.com) we’re on a mission for our customers – bringing them great products, rewards, service, and access to unique and unforgettable experiences they are passionate about.  Capital One is a diversified bank that offers products and services to individuals, small businesses and commercial clients. We use technology, innovation and interaction to provide consumers with products and services to meet their needs. Learn more about Capital One cardholder access perks at capitalone.com/access.

About the Ryan Seacrest Foundation