“Year after year, the iHeartRadio Music Festival continues to captivate audiences nationwide,” said Tom Poleman, Chief Programming Officer for iHeartMedia. “Since its inception in 2011, this festival has become the can’t miss music event of the year. We’re thrilled to once again bring the world’s biggest artists together on one stage for one incredible weekend.”

Each night, the 2019 iHeartRadio Music Festival will broadcast live for fans via iHeartMedia radio stations throughout the country across more than 150 markets. The CW Network will broadcast a two-night television special on Wednesday, October 2 and Thursday, October 3 from 8 p.m. – 10 p.m. EST/PST. Leading up to the official television special, The CW will also air an hour-long Best Of Special on Sunday, September 29 at 8 p.m. EST/PST. In addition, The CW will exclusively livestream both nights of the festival via The CW App and CWTV.com.

“Each year we strive to live up to our reputation as the most diverse music festival in the world,” said John Sykes, President of Entertainment Enterprises for iHeartMedia. “This year we have the best in class from all genres of music performing indoors and out, all weekend long.”

In addition, throughout a summer-long on-air and online promotion, iHeartMedia station listeners across the country will have the chance to win a one-of-a-kind dream trip to Las Vegas where they will join thousands of other dedicated music fans to experience the 2019 iHeartRadio Music Festival at T-Mobile Arena.

Proud partners of this year’s event include: Capital One(R), The CW Network, Macy’s, Progressive(R) Insurance, T-Mobile, Taco Bell(R) and Tic Tac with more to be announced.

Artists and/or event are subject to change or cancellation without notice.

iHeartMedia is the #1 audio company in the United States, reaching nine out of 10 Americans every month – and with its quarter of a billion monthly listeners, has a greater reach than any other media company in the U.S. The company’s leadership position in audio extends across multiple platforms including 848 live broadcast stations; its iHeartRadio digital service available across more than 250 platforms and 2,000 devices including smart speakers, smartphones, TVs and gaming consoles; through its influencers; social; branded iconic live music events; and podcasts as the #1 commercial podcast publisher. iHeartMedia also leads the audio industry in analytics and attribution technology for its marketing partners, using data from its massive consumer base. iHeartMedia is a division of iHeartMedia, Inc. (PINK:IHRTQ). Visit iHeartMedia.com for more company information. 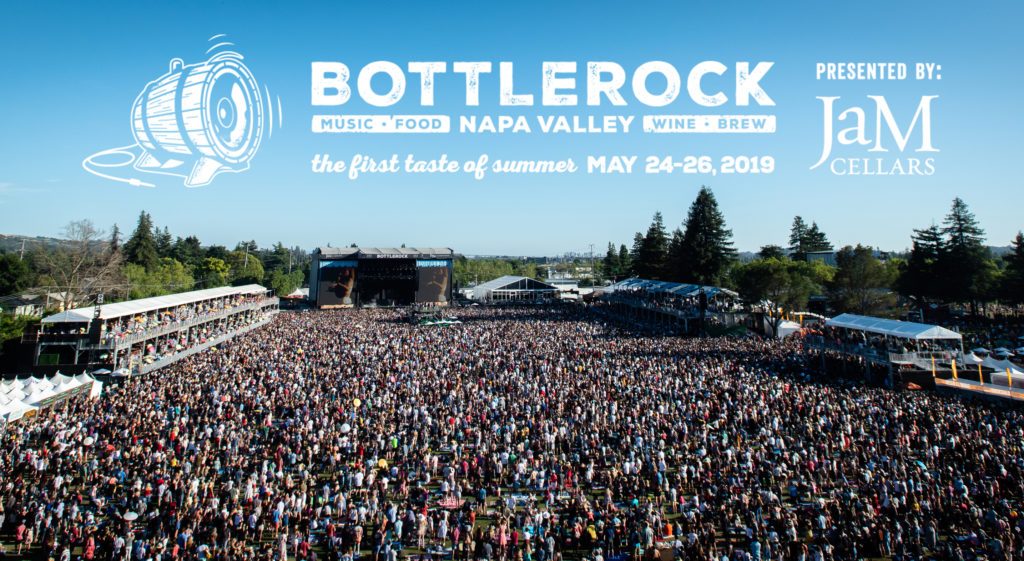 The 2019 BottleRock Napa Valley festival, which takes place May 24 to May 26 in Napa County, California, has announced that the headliners are Imagine Dragons, Neil Young + Promise of the Real and Mumford & Sons. The rest of the festival, which is now in its seventh year, consists mostly of rock acts, with some hip-hop and EDM artists on the lineup as well. In 2017, Live Nation acquired a majority stake in BottleRock Napa Valley, which is still partially owned by Latitude 38 Entertainment.

Here is the lineup for the 2019 edition of Bottle Rock Napa Valley. Performance times are to be announced.