NBC has officially announced its 2018-2019 schedule during parent company NBCUniversal’s upfront presentation at New York City’s Radio Music Hall on May 14, 2018. Most of the existing shows had previously been announced as renewed. However, the upfront presentation made it official that these shows have been cancelled: “The Brave,” “Law & Order True Crime,” “Marlon,”  “Shades of Blue,” “Rise” and “Taken.” NBC says it has not yet decided the fate of “Timeless” and “Champions.”

As previously reported, NBC has picked up the comedy series “Brooklyn Nine-Nine,” which was cancelled by Fox.

Fall premiere dates will be announced at a later time. Please note that shows picked up but not listed on the schedule below will have their season premieres later in the 2018-19 season. They include “Abby’s,” “America’s Got Talent: The Champions,” “Brooklyn Nine-Nine,” “The Enemy Within,” “The InBetween,” “The Titan Games,” “The Village,” “America’s Got Talent,” “A.P. Bio,” “Ellen’s Game of Games,” “Good Girls,” “The Wall” and “World of Dance.”

The following is an excerpt from an NBC press release:

All times listed are Eastern/Pacific Time.

In this fast-paced, spy-hunting thriller, Erica Shepherd (Jennifer Carpenter) is a brilliant former CIA operative, now known as the most notorious traitor in American history serving life in a Supermax prison. Against every fiber of his being but with nowhere else to turn, FBI Agent Will Keaton (Morris Chestnut) enlists Shepherd to help track down a fiercely dangerous and elusive criminal she knows all too well. For Keaton, it’s not easy to trust the woman who cost him so much. While Shepherd and Keaton have different motivations for bringing the enemy to justice, they both know that to catch a spy… they must think like one.

Cassie Bishop was born with a gift, though she may call it a curse. She can see and communicate with the dead, helping them with their unresolved problems … whether she likes it or not. When her longtime friend Det. Tom Hackett and his new partner, former FBI Agent Damien Asante, need help solving a darkly puzzling murder, Cassie agrees to use her abilities. Despite her reluctance, she may have found a way to keep her demons at bay, all while solving some of the city’s most challenging cases. From writer/executive producer Moira Kirland (“Castle,” “Madam Secretary”) comes this suspenseful, new character-driven procedural drama.

When Montego Air Flight 828 landed safely after a turbulent but routine flight, the crew and passengers were relieved. Yet in the span of those few hours, the world had aged five years and their friends, families and colleagues, after mourning their loss, had given up hope and moved on. Now, faced with the impossible, they’re all given a second chance. But as their new realities become clear, a deeper mystery unfolds and some of the returned passengers soon realize they may be meant for something greater than they ever thought possible. From Robert Zemeckis and Jack Rapke comes an emotionally rich, unexpected journey into a world grounded in hope, heart and destiny.

Inspired by Bellevue, the oldest public hospital in America, this unique medical drama follows the brilliant and charming Dr. Max Goodwin, the institution’s newest medical director who sets out to tear up the bureaucracy and provide exceptional care. How can he help? Well, the doctors and staff have heard this before. Not taking “no” for an answer, Dr. Goodwin must disrupt the status quo and prove he will stop at nothing to breathe new life into this understaffed, underfunded and underappreciated hospital — the only one in the world capable of treating Ebola patients, prisoners from Rikers and the President of the United States under one roof — and return it to the glory that put it on the map.

Welcome to the Village, an apartment building in Brooklyn that appears like any other from the outside but is quite unique inside. The people who reside here have built a bonded family of friends and neighbors. Sarah’s a nurse and single mom raising a creative teen; Gabe’s a young law student who got a much older and unexpected roommate; Ava must secure the future of her young, U.S.-born son when ICE comes knocking; Nick’s a veteran who’s returned from war; and the heart and soul of the building, Ron and Patricia, have captivating tales all their own. These are the hopeful, heartwarming and challenging stories of life that prove family is everything — even if it’s the one you make with the people around you.

From the producers of “The Good Place” comes a hilariously aspirational new comedy about the best bar in San Diego, home to good prices, great company and, of course, Abby. This unlicensed, makeshift bar nestled in her backyard is the opposite of everything annoying about today’s party scene. There are rules at Abby’s: no cell phones (not even to “look something up”), earning a seat at the bar takes time and losing a challenge means drinking a limey, sugary “not-beer” drink. As the oddball cast of regulars will tell you, hanging out at Abby’s is a coveted honor. But once you’re in, you’re family.

“Brooklyn Nine-Nine” follows the exploits of the hilarious Detective Jake Peralta (Andy Samberg), his diverse, lovable colleagues and their more-serious-than-a-hunk-of-actual-granite boss, Captain Holt (Andre Braugher), as they police the NYPD’s 99th precinct. The series celebrated two major milestones this season – it filmed its 99th episode and the season finale features the long-awaited wedding of Jake and Amy (Melissa Fumero).

Rounding out the ensemble are Holt’s next-in-command, Sergeant Terry Jeffords (Terry Crews), a muscle-bound human mountain who loves nothing more than his three little daughters, except for a fresh carton of full-fat yogurt. The man loves yogurt. Amy Santiago is Jake’s fiancée who recently became a Sergeant. Jake’s fellow detectives include his best friend and human puppy-dog, Detective Charles Boyle (Joe Lo Truglio), and the incredibly secretive, tough-as-nails Detective Rosa Diaz (Stephanie Beatriz). Holt’s civilian assistant is Gina Linetti (Chelsea Peretti), the living embodiment of the “100” emoji. Also part of the Nine-Nine are veteran officers Detective Scully (Joel McKinnon Miller) and Detective Hitchcock (Dirk Blocker), whose only skill as police officers is their ability to make a passable pot of coffee.

Emet is the perfect mom, boss, wife, friend and daughter. OK, she’s not perfect. In fact, she’s just figuring it out like the rest of us. Sure, she feels bad when she has a sexy dream about someone other than her husband, or when she pretends not to know her kids when they misbehave in public, or when she uses her staff to help solve personal problems. But that’s OK, right? Nobody can have it all and do it perfectly. From executive producer Amy Poehler comes a modern comedy about being perfectly OK with being imperfect. 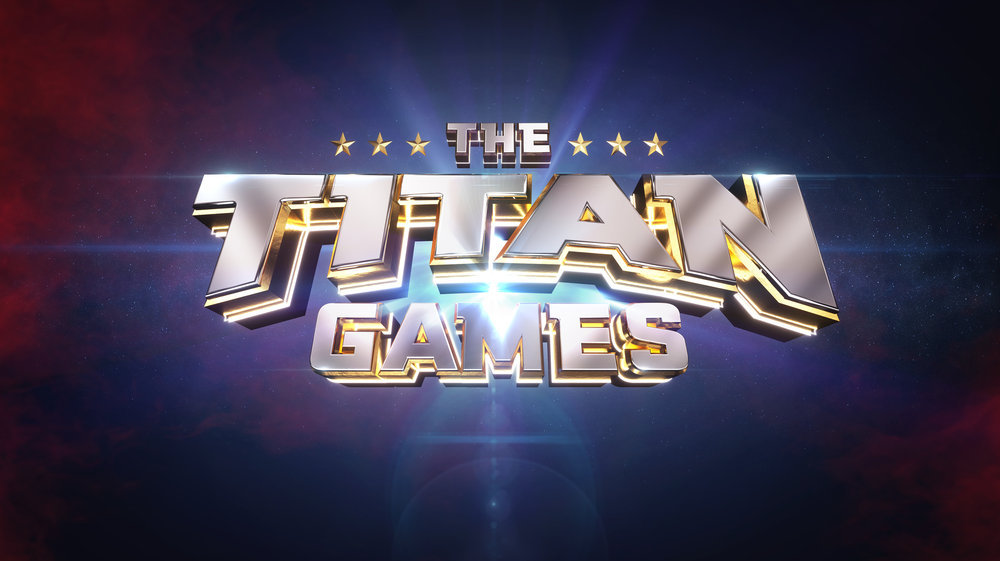 Inspired by Dwayne Johnson’s desire to motivate global audiences to reach their potential both mentally and physically, this inspiring new reality series offers everyday people the opportunity to step inside the Titan arena and achieve the impossible. Every episode, six contenders compete against one of six reigning Titans. They will be challenged in incredible, head-to-head battles designed to test the mind, body and heart of our competitors. Sheer brute strength won’t be enough. If a contender rises to the occasion and defeats one of the Titans, they take their place and join the elite Titan group. But once one becomes a Titan, they must be victorious every week to keep their spot. In the epic season finale, Titans battle it out against one another in the hope of becoming the last male and female standing.

“AMERICA’S GOT TALENT: THE CHAMPIONS”

Warming up winter with summer’s hottest show, NBC, Syco Entertainment, FremantleMedia North America and executive producer Simon Cowell will be bringing back the most talented and memorable acts in series history to compete with one another when “America’s Got Talent: The Champions” arrives on the 2018-19 winter schedule.

“America’s Got Talent: The Champions” will bring together the most talented, memorable, wackiest and all-around favorites from past seasons of “AGT” for the ultimate display of talent. Additionally, some of the most popular acts from the other global “Got Talent” franchises, spanning 184 countries, will come to share their talents and compete against one other.

With the search open to acts of all ages, “America’s Got Talent” has brought the variety format back to the forefront of American culture by showcasing unique performers from around the world. The series is a true celebration of creativity and talent, featuring a colorful array of singers, dancers, comedians, contortionists, impressionists, magicians, ventriloquists and hopeful stars, all vying to win America’s hearts and $1 million.

“America’s Got Talent” was created by Simon Cowell and is co-produced by FremantleMedia North America and Syco Entertainment. Simon Cowell, Sam Donnelly, Jason Raff, Trish Kinane and Richard Wallace are the executive producers.