NBCUniversal Owned Television Stations, a division of NBCUniversal today announced that Snapchat will feature content from the stations’ Clear the Shelters third annual nationwide pet adoption campaign in its “Stories” section on Saturday, August 19. Videos and snaps of users with their pets and participating animal shelters will be featured in the app’s special Clear the Shelters “Stories” section this weekend. In addition, audiences all across the country will be able to activate Snapchat filters that will complement the stations’ pet adoption campaign.

“We’re excited to partner with Snapchat to offer audiences an entirely new way to stay up-to-date with all the wonderful pet adoption stories that we’ll be sharing from our Clear the Shelters events this weekend,” said Lora Dennis, Senior Vice President of Digital Media, NBCUniversal Owned Television Stations. “Clear the Shelters has become a summer tradition for many communities and we cannot wait for audiences to watch all the fun videos and snaps and also join our social media campaign.”

NBCUniversal Owned Television Stations, a division of NBCUniversal, today announced VIP Petcare returns as a repeat national sponsor of the NBC and Telemundo owned stations’ annual Clear the Shelters nationwide pet adoption campaign. VIP Petcare will donate more than $200 of preventive veterinary services to individuals that adopt a pet at this event. The $200 includes one free dose each of prescription flea/ tick and heartworm preventative medication.

“VIP Petcare’s continued support of the NBC and Telemundo owned stations’ Clear the Shelterspet adoption campaign will ensure that our stations and partner shelters deliver a memorable event for communities and pet adopters all across the country,” said Bruce Kallner, Senior Vice President of Strategic Sales and Marketing, NBCUniversal Owned Television Stations. “We’re excited to work with a partner that values the importance of quality pet care and wellness and look forward to another successful Clear the Shelters day.”

VIP Petcare’s goal is to not only find forever homes for shelter and rescue pets, but to educate all pet owners on the importance of ongoing pet wellness care. The company is dedicated to keeping every pet healthy, happy and safe. Through a network of over 2700 clinics nationwide, VIP Petcare provides vaccinations, diagnostic testing, microchipping and other wellness veterinary care to pets and their parents.

“We are honored to sponsor Clear the Shelters for the second consecutive year,” said Will Santana, CEO and Founder of VIP Petcare. “Thousands of pets will find a home on August 19 and we are committed to ensuring they get a healthy start in their new life.”

Petco returns as a national sponsor of NBCUniversal Owned Television Stations’ “Clear the Shelters” pet adoption campaign for a second consecutive year. On Saturday, August 19, 2017, Petco partners will be present at participating animal welfare organizations to answer questions from potential pet adopters and their families. Petco will also be distributing “Welcome to the Family” packets containing information for new pet parents along with coupons for pet supplies.

“Clear the Shelters” is a nationwide pet adoption campaign that is spearheaded by NBCUniversal Owned Television Stations, a division of NBCUniversal that includes 30 NBC and Telemundo-owned stations. The stations’ “Clear the Shelters” third annual pet adoption campaign has become a popular event for communities nationwide and includes the participation of hundreds of animal welfare organizations. On August 19, participating animal shelters will offer low cost or waived pet adoption fees. The NBC and Telemundo owned stations’ third annual “Clear the Shelters” effort has helped to inspire local communities to take action and open their homes to animals in need. Since the effort was expanded nationally in 2015, the stations’ “Clear the Shelters” pet adoption campaign has resulted in more than 70,000 pet adoptions.
“Petco has been an fantastic partner to the owned stations and we’re excited to work with a company that is deeply committed to pet adoption issues and helping families have the resources and information they need to provide the best care to their newly adopted pets,” said Bruce Kallner, Senior Vice President of Strategic Sales and Marketing, NBCUniversal Owned Television Stations. “The Petco Foundation has also been a great supporter of our “Clear the Shelters” campaign and we’re pleased to work with a non-profit organization that shares our goal of matching homeless pets with new, permanent homes.”
“With more than 50 years in the pet specialty business, Petco understands and celebrates the importance of the incredible bond between pets and pet parents,” said Charlie Piscitello, chief people officer at Petco. “‘Clear the Shelters‘ allows us to extend our year-long animal adoption efforts and offers our immensely passionate store partners the ability to help even more families start out with the tools and knowledge they need to make their relationship with their new pet as rewarding as possible.” 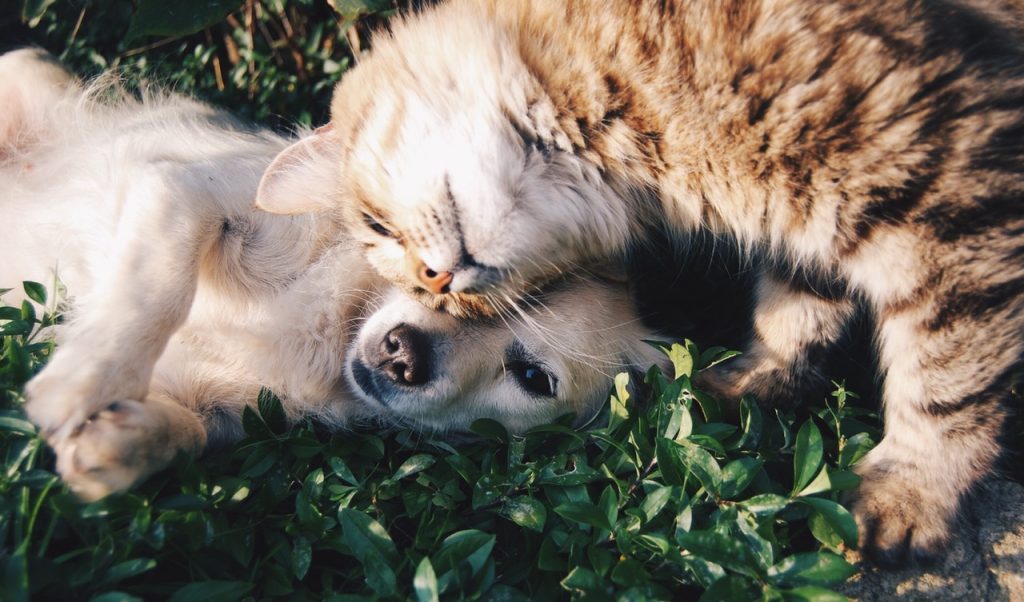 This weekend the Petco Foundation, a leading funder of animal welfare, and The NUTRO Company kick off their “Be A Lifesaver” campaign, promoting everyday lifesavers throughout the country and encouraging all people to be lifesavers for animals this summer.

Everyone can be a lifesaver with five simple actions:

Be A Lifesaver events:

Be A Lifesaver Adoption Weekend: Adopt your new family member
Saturday and Sunday, July 1 and 2 at participating Petco and Unleashed by Petco store locations.

Be A Foster: Learn more about fostering and apply to be a foster family for pets
Saturday, July 22 happening at select Petco and Unleashed by Petco stores.

The NUTRO Company generously donated $75,000 to kickoff the Be A Lifesaver campaign. From July 1-23, guests in Petco and Unleashed by Petco stores are invited to Be A Lifesaver by making a donation at checkout to support animal welfare organizations throughout the country.

“Summer is a busy time for animal welfare organizations. There is often an increase in animal intake and demand for services,” said Petco Foundation executive director Susanne Kogut. “Our Be a Lifesaver campaign aims to inspire individuals to take action to help save animal lives in their own communities. Through collecting donations — $2, $5, and $20 at a time at checkout in Petco stores — we hope to raise more than $2.1 million to support lifesaving animal welfare work nationwide.”

Packaged Facts, a division of MarketResearch.com, has announced the Top 10 trends for packaged pet products for the year 2017. These trends are discussed at length in Packaged Facts’ recent report “Durable Dog and Cat Petcare Products in the U.S.”

Animal Planet’s Puppy Bowl XIII was the first Puppy Bowl to air simultaneously on both coasts when it premiered on February 5, 2017 (Super Bowl Sunday) with three hours of puppies playing a mock football game. The inaugural Petco Lombarky trophy was awarded in Puppy Bowl XIII at Geico Stadium, a miniature set built for the TV show.

According to an Animal Planet press release, Puppy Bowl XIII kicked off at Geico Stadium with a special appearance by weather forecaster Mr. Punxsutawney Phil. The famous groundhog and two of his inner circle officiated the coin toss to start the game. This year’s Pedigree Starting Lineup boasted 39 puppies who also competed for the individual Bissell MVP (Most Valuable Puppy) by scoring the most touchdowns with dog-approved toys by Petco. This year’s Bissell MVP was Team Fluff’s Rory, a 17-week-old male poodle mix from Little Dog Rescue in Florida.

For the sixth year in a row, America’s favorite “ Rufferee,” Dan Schachner, returned to call the puppy  penalties, furry fumbles and terrier touchdowns.Award-winning animal advocate and television  correspondent Jill Rappaport introduced the Subaru Pup Close and Personal segments that highlight  some of the  heartwarming stories of the adorable athletes.

For Puppy Bowl XIII, Animal Planet worked with 34 different animal shelters and rescue organizations from across 22 states to fill the rosters of #TeamRuff and #TeamFluff with 78 adoptable players for this puppy pile-up. This year, the Bowl also featured three pups with special needs: Doobert (deaf), Lucky (three-legged) and Winston (hearing-and-sight impaired). One special player is drafted to play in Puppy Bowl XIII by celebrity dog Chunk  Handler. Plus, viewers got to see the canines conduct their pre-game rituals when the cameras were allowed in the locker room.

While the puppies broke for a cat nap, the Arm & Hammer Clump & Seal Kitty Half-Time Show got underway with a performance by the feline musical group Chicago Rock Cats with Kitty Gaga singing “Puparazzi ” to her little monsters of adoptable rescue kittens.

The puppy teams added rescue mascots to their cheering section. Team Ruff gained the watchful eye of Orlando the Screech Owl, and Team Fluff recruited Muffin the Chinchilla who adds  another layer of fluff. Getting the fans excited on the sidelines are rescue rabb its and guinea pig  cheerleaders who hop into action. “Meep the Bird” got a ma keover and returned as a rescue African Gray Parrot. Meep talked sports with Geico The Gecko and live tweeted updates throughout the big game.

Plus, Puppy Bowl fans got a glimpse of celebrity dogs Chloe the Mini Frenchie, Chloe Kardoggian, Ella Bean, Marnie the Dog, Manny the Frenchie, Mervin the Chihuahua,  Sometimes Carl and Toast Meets World with her siblings Muppets Revenge and Underpants the Dog who watched the biggest game of the year from  the stands. As always, fans witnessed Puppy Bow’s water bowl cam, slow-motion playback cam and fan-favorite Dairy Queen kiss cam. Viewers won’t miss a minute of excitement with aerial shots of the field  from the Sheba Sky Box, and Surge the Hamster was back on his wheel powering the Puppy Bowl score board.

Puppy Bowl Virtual Reality, sponsored by Pedigree, gave viewers a pup’s eye view of the action on the Geico grid iron through the eyes of Buttons, one of this year’s Puppy Bowl XIII players. Not letting her diminutive size hold her back when tackling opponents in a scrimmage spanning two  video halves, Buttons played her way through the piles of puppies, chew toys and assistant coaches to score a winning touchdown.

On game day, puppy supporters were invited to vote in the Most Valuable Puppy poll . Viewer votes determined which heavenly hound gets barking rights and the title of Bissell MVP, which will be revealed at the  end of the broadcast. Before and during the action, keep an eye out for guest takeovers on Animal Planet  Instagram and  Snapchat. This year’s roster includes players from AHeinz57 (Iowa), Big Fluffy Dog Rescue (Tennessee), Citizens for Animal Protection (Texas), Last Hope K 9 (Massachusetts), Miami-Dade County Animal Services (Florida),  Mr. Bones & Company (New York), Nevada SPCA, Paw Works (California), Stray Rescue (Missouri),  among others.

The ASPCA in New York provided adoptable kittens for the Kitty Half-Time Show; the cheerleading rescue rabbits and guinea pigs are from Luv-N- Bunns (Philadelphia) and Helping All Little Things (New Jersey). The chinchilla mascots were provided by Chin Friends Chinchilla Rescue (New York) and the owl flew in from Volunteers for  Wildlife (Long Island). The African parrot was provided by Phoenix Landing rescue (Washington, DC).

(All photos courtesy of Animal Planet)