Other nominees include SZA, who garnered five nods, Ella Mai, Daniel Caesar, and Cardi B each garnered four nods for this year’s awards.

Known for being the iconic best friend duo on the 90’s hit show Martin, real life best friends Tisha Campbell and Tichina Arnold are sure to bring the fun at this year’s awards.

Four-time Grammy Award-winning, singer-songwriter, artist, director/producer, holistic healer, activist, and mother Erykah Badu, is set to receive the Legend Award. No stranger to the Soul Train Awards stage, serving as the 2017 host of the awards, Badu’s career has roots deeply planted in soul. The New York Times described Badu’s groundbreaking debut, 1997’s “Baduizm,” as “traditional soul vocals, staccato hip-hop rhythms and laid-back jazzy grooves.” Yet, hindsight reveals that Badu’s debut was more than just an album, it was the introduction of a new lifestyle. In her career spanning over two decades, Badu has continued to use her platform as an altar. By incorporating instruments such as tuning forks, crystal singing bowls, and gem stones and more into her music, she has created a wave of healing energy throughout the planet. But her true instrument is the ‘intent’ with which she sings.

The fourth annual Lady of Soul Award will be presented to multi-platinum Grammy Award-winning artist, songwriter, and record producer Faith Evans. With a music career spanning over two decades, Faith has released eight studio albums, with over 18 million albums sold and spawning over 30 singles. Faith has also performed on 20+ soundtracks and a host of guest appearances during her career. Faith Evans is a seven-time Grammy nominee; winning Best Rap Performance by a Duo or Group in 1998 for “I’ll Be Missing You,” an homage to her late husband and hip-hop legend Notorious B.I.G.

BET Presents: 2018 Soul Train Awards will feature an exciting lineup of unforgettable performances and viewers can expect special appearances by some of the brightest stars in entertainment. The event annually showcases Soul Train’s impact on the history of music and dance from the ’70s to today.

The complete list of nominees for BET Presents: 2018 Soul Train Awards are:

Rhythm & Bars Award (Best Hip-Hop Song of the Year)
Cardi B featuring Bad Bunny & J Balvin, “I Like It”
Childish Cambino, “This Is America”
DJ Khaled featuring Justin Bieber, Chance the Rapper and Quavo, “No Brainer”
Drake, “In My Feelings”
The Carters, “Apes**t”

Song of the Year
Bruno Mars featuring Cardi B, “Finesse” (Remix)
Ella Mai, “Boo’d Up”
H.E.R., “Every Kind of Way”
SZA, “The Weekend”
The Internet, “Come Over”

Soul Train Holdings, LLC was formed in May 2008 and is owned by InterMedia Partners and a partnership between Magic Johnson Enterprises and Ron Burkle’s investment firm, The Yucaipa Companies. The iconic franchise and catalog consists of more than 1,100 episodes and 40 specials from Don Cornelius Productions, Inc. Soul Train is the longest running, first-run, nationally syndicated music program in television history. During its 35-year run, the show featured lasting innovations such as the Soul Train line and the legendary sign off “Love, Peace and Soul.” At the heart of the show was Don Cornelius, the dancers and influential artists such as James Brown, Al Green, Ike & Tina Turner, Hall & Oates, Donna Summer, Marvin Gaye, The Jackson 5, Aretha Franklin, Stevie Wonder, Elton John, Whitney Houston, David Bowie, Prince, Run D.M.C. and Destiny’s Child.

About the Orleans Arena

The Orleans Arena, a Boyd Gaming facility located just west of the Las Vegas Strip, is one of the nation’s leading multi-purpose sports and entertainment facilities and the 2014 recipient of the Venue Excellence Award from the International Association of Venue Managers. In addition, the Orleans Arena is one of only a handful of arenas in the United States to achieve LEED Gold Certification and is part of the largest company in Nevada to achieve SHARP Certification for commitments to safe venue operations. According to Venues Today magazine, the Orleans Arena, which hosts more than 200 events each year, consistently ranks in the Top 10 for ticket sales in the United States and internationally among venues of similar size. These events include nationally touring concerts, NCAA basketball conference tournaments, family shows, motorsports and other unique events. For more information, call 702-365-7469 or visit www.OrleansArena.com. Stay connected to the Orleans Arena on Facebook (www.facebook.com/orleansarena) and on Twitter (@orleansarena).

Jesse Collins Entertainment (JCE) is a full service television and film production company founded by entertainment industry veteran Jesse Collins. For more than a decade, Collins has played an integral role in producing some of television’s most memorable moments in music entertainment. Collins has produced ground-breaking and award winning television programming including the BET Awards, the Grammy Awards, Soul Train Awards, BET Honors, UNCF An Evening of Stars, ABFF Awards and the BET Hip Hop Awards. Collins was an executive producer of the hit TV series “Real Husbands of Hollywood,” starring Kevin Hart; the critically-acclaimed “The New Edition Story,” a biopic on the boy band that aired as a three-part mini-series on BET in January 2017; and posted record ratings for the network and attracted nearly 30 million viewers. He is also the executive producer of VH1 shows “Dear Mama” and “Hip Hop Squares” with Ice Cube. He has appeared on the cover of Vibe magazine and has been featured in numerous publications including Ebony magazine. JCE recent debut “The Bobby Brown Story” aired on BET on September 4 and 5, 2018 drawing over 13MM total viewers in its premiere week. 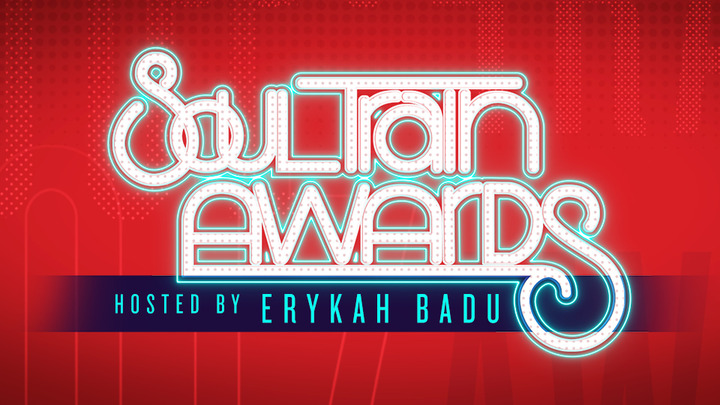 BET has announced Erykah Badu, godmother of soul, will return to Las Vegas for the third time, to host, write and produce BET Presents: 2017 Soul Train Awards. Badu, a four-time Grammy-award winning soul singer and songwriter, will once again bring her transcendent style, music and spirit to the Vegas stage. BET also announced a star-studded lineup of performances by Toni Braxton, SWV, Tamar Braxton, 112, Tank and Kirk Franklin. The annual celebration will recognize the best in Soul, R&B and Hip-Hop from legends to the next generation. Filmed on November 5 at the Orleans Arena in Las Vegas, BET Presents: 2017 Soul Train Awards will air on BET and BET HER on November 26, 2017 at 8PM ET.

BET Presents: 2017 Soul Train Awards will feature an exciting lineup of unforgettable performances and viewers can expect special appearances by some of the brightest stars in entertainment. The event annually showcases Soul Train’s impact on the history of music and dance from the 70s to today.

The complete list of nominees for BET Presents: 2017 Soul Train Awards can be found here.

BET has announced the nominees for the BET Presents: 2017 Soul Train Awards across 12 different categories. The annual celebration will recognize the best in Soul, R&B and Hip-Hop from legends to the next generation. Filmed on November 5th at the Orleans Arena in Las Vegas, BET Presents: 2017 Soul Train Awards will air on BET and BET HER on November 26, 2017 at 8PM ET.

Multi-platinum and seven-time Grammy award-winning singer-songwriter, artist, actress and producer Toni Braxton is set to receive the coveted Don Cornelius Legend Award. Braxton became an immediate R&B superstar after the release of her self-titled debut album in 1993. Her debut album received multiple awards, including three Grammy Awards (for Best New Artist and two consecutive awards for Best Female R&B Vocal Performance in 1994 and 1995). Her second album, “Secrets” was certified 8x platinum and included her greatest hit titled, “Un-Break My Heart,” the Diane Warren-penned ballad which spent 11-weeks at number one. Over the span of her career, Braxton has sold over 67 million records, including 41 million albums, worldwide. Toni’s current single, “Deadwood,” was released by Def Jam Recordings in September and her new album, “Sex & Cigarettes,” her first in seven years, will be out in early 2018.

The third annual Lady of Soul Award will be presented to Grammy Award-Nominated, multi-platinum, female R&B trio SWV. SWV became one of the most successful R&B groups of the 1990s. They had a series of hits, including “Weak,” “Right Here/Human Nature,” “I’m So into You,” and “You’re the One.” They have sold more than 25 million records, making them one of the best-selling girl groups of all time. Last year’s Lady of Soul Award went to R&B icon Brandy. Both Toni and SWV are being recognized for their longstanding presence in the music industry and influence on the world of soul and R&B music past and present.

BET Presents: 2017 Soul Train Awards will feature an exciting lineup of unforgettable performances and viewers can expect special appearances by some of the brightest stars in entertainment. The event annually showcases Soul Train’s impact on the history of music and dance from the 70s to today.

The complete list of nominees for BET Presents: 2017 Soul Train Awards are: