Other artists who will be performing at Woodstock 50 include the Raconteurs, Miley Cyrus, Robert Plant and the Sensational Shape Shifters, Chance the Rapper, the Black Keys*, Imagine Dragons, Cage the Elephant, Sturgill Simpson, Greta Van Fleet and Brandi Carlile.

Woodstock 50’s lineup is not as iconic or diverse as many people had expected. Electronic dance music and country are two genres of music that are huge at festivals, but EDM and country are almost ignored at Woodstock 50. And even the rock music at Woodstock 50 isn’t very diverse: It falls into two categories: classic rock and alternative/modern rock. There are almost no heavy metal or punk acts on the bill. Women of color are also noticeably under-represented in the Woodstock 50 artist lineup (Halsey, Janelle Monáe and India.Arie are the most well-known women of color performing at the event), and the few rappers who are performing at Woodstock 50 are all male.

The original Woodstock Festival took place August 15 to 18, 1969, and had an estimated attendance of 400,000 people. Artists on the bill included Jimi Hendrix, Janis Joplin, The Who, Jefferson Airplane, the Grateful Dead, Santana and Crosby, Stills, Nash & Young. The original Woodstock Festival is widely considered to be the most important live music event of the 1960s. The official “Woodstock” documentary film won an Oscar.

So why are there very few superstar acts performing at Woodstock 50? A lot has changed in the concert industry since 1999. There are now more star-studded festivals than ever before, and people expect more diversity at festivals that are supposed to be represent several genres of music. In addition, the rise of mega-festivals such as Coachella (the world’s largest-grossing music festival), iHeartRadio and Bonnaroo has meant that people expect A-list talent every year at many of these events. And the fees for A-list entertainers have skyrocketed since Woodstock ’99, which is probably the biggest reason why there are few superstar acts on the Woodstock 50 bill.

*April 8, 2019 UPDATE: The Black Keys have canceled their Woodstock 50 performance, due to a “scheduling conflict.”

April 29, 2019 UPDATE: Woodstock 50’s main investor has pulled out of the event, citing concerns about safety and overcrowding. Woodstock 50 has essentially been canceled before tickets went on sale. Click here for more details. 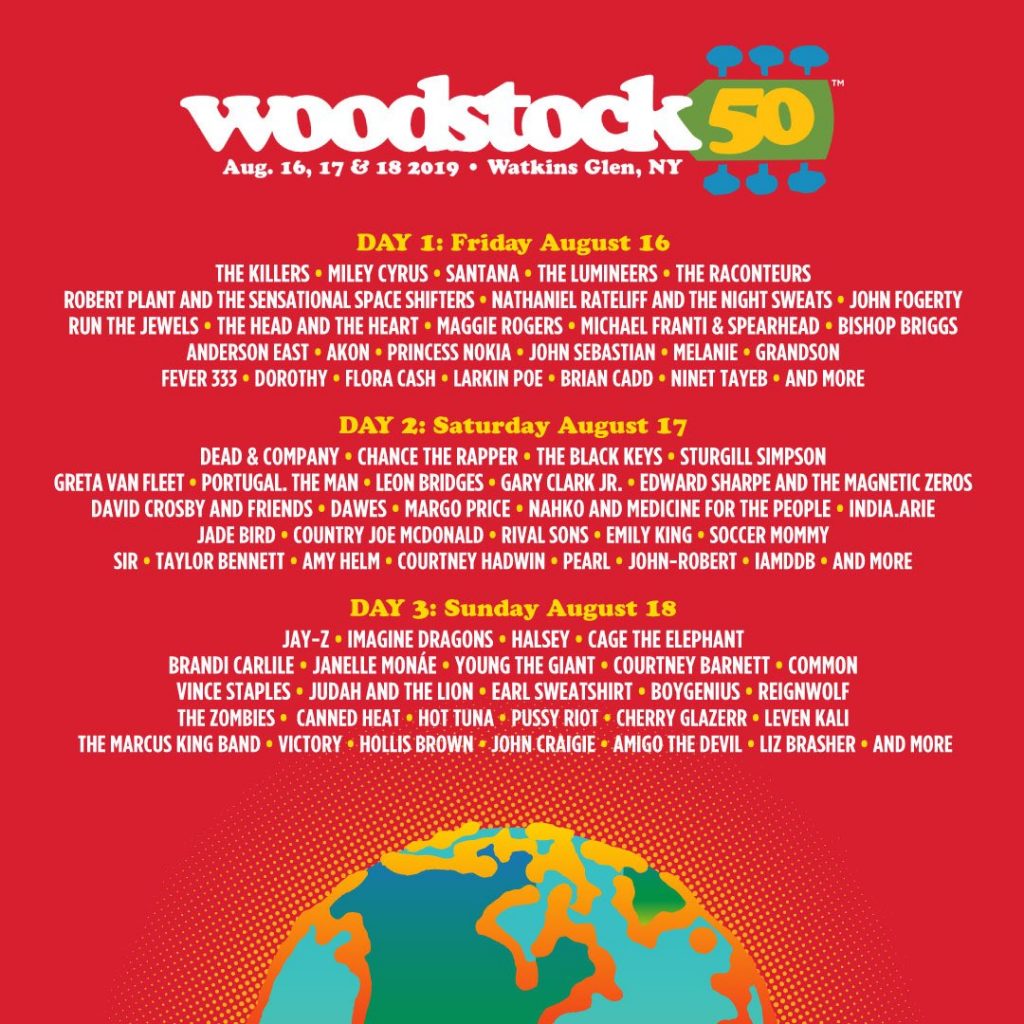