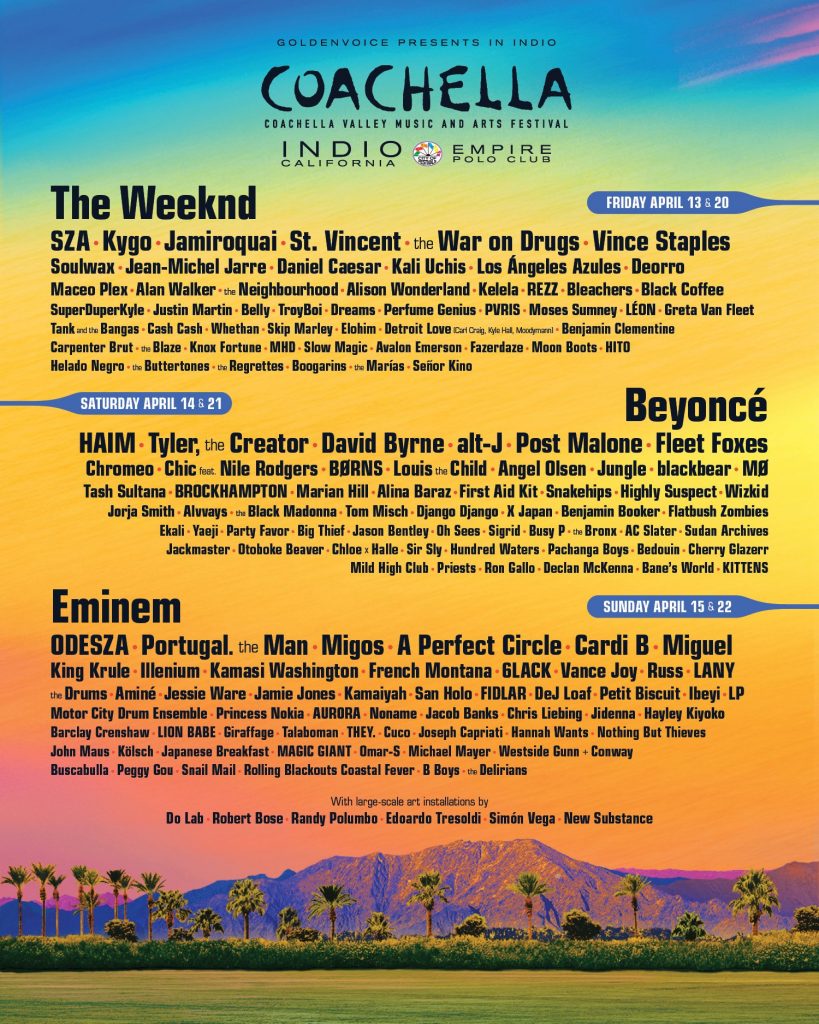 The Weeknd, Beyoncé and Eminem are headlining the 19th Coachella Music and Arts Festival, which will take place April 13 to April 15 and April 20 to April 22 at the Empire Polo Club in Indio, California. (Beyoncé was set to headline the event in 2017, but she cancelled due to her pregnancy. Lady Gaga replaced her at Coachella that year.)

The Weeknd, Diddy, French Montana, Diddy and Rae Sremmurd have been added to lineup of the 2017 Coachella Valley Music and Arts Festival.  Details of their set list dates and times are to be announced. The annual festival takes place this year from April 14 to April 16 and April 21 to April 23 at the Empire Polo Field in Indio, California.

As previously reported, YouTube will once again have live streaming from Coachella during the festival’s first weekend. Radiohead, Lady Gaga and Kendrick Lamar are the headliners this year.

The Weeknd and Selena Gomez, who began publicly dating in January 2017, have already been spotted at the Coachella Festival. The  couple was also seen April 12 at a Beverly Hills birthday for rapper Belly.