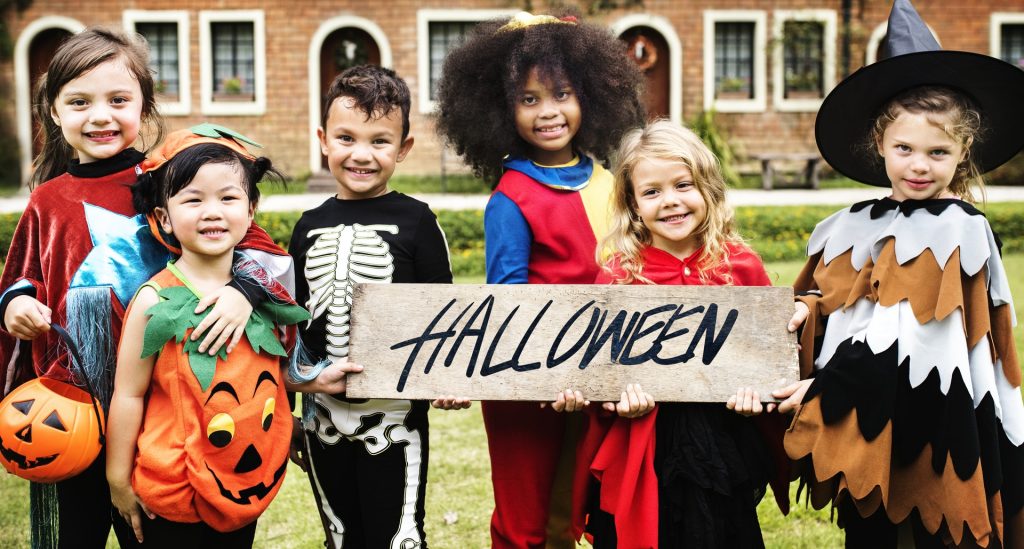 The following is a press release from Universal Studios Hollywood:

Universal Studios Hollywood hosts its first-ever kid-friendly Halloween celebration, inviting all children 12 years of age and under to don creative costumes to Trick-or-Treat at the theme park along with some of their favorite characters on Saturday, October 27 and Sunday, October 28 from 10 am to 4 pm.

Other entertaining activities include a Halloween Party in the Plaza with a live DJ, music, games and costume showcase. Also, Halloween treat decorating will be available for purchase. All children 12 years of age and under will receive a free carnival game voucher redeemable at Super Silly Fun Land, located adjacent to the “Despicable Minion Mayhem” ride or Krustyland’s Carnival Games, located adjacent to “The Simpsons™ Ride.”

The Halloween celebration is included in the price of theme park admission to Universal Studios Hollywood. A specially-designed activity map will be provided complementary to help navigate the many memorably-ghoulish moments.

The at-a-glance schedule of events features:

10am – 4pm: Trick-or-Treat and Character meet and greets at select theme park locations

11am – 2pm: Halloween Party in the Plaza

For the first time, Universal Studios Hollywood offers guests a “lights on” walk-through experience of the all-new “Stranger Things” maze during the day, providing an authentic, behind-the-scenes look at how the Upside Down comes to life at “Halloween Horror Nights” from Monday, October 29 through Friday, November 2. The self-guided tour of the movie-quality sets featured in the “Stranger Things” maze is included in the price of daytime admission to the theme park.

Working collaboratively with Netflix, along with the creators and executive producer of the blockbuster series—Matt Duffer, Ross Duffer and Shawn Levy, the maze is an authentic representation of “Stranger Things,” designed to transport guests into artfully recreated scenes and storylines in season one. From the menacing Hawkins National Laboratory, under the U.S. Department of Energy, to the Byers home adorned with an erratic display of flashing Christmas lights and the eerie Upside Down woods oozing a shower of floating orb-like spores, guests will discover how the chilling new maze offers surprising twists and unexpected turns around every corner – in the light of day.

Each night at “Halloween Horror Nights,” the parallel universe, referred to as the Upside Down, that terrorized the small town of Hawkins, Indiana in “Stranger Things,” brings the chittering, predatory Demogorgon to stalk unwitting guests as they encounter iconic scenes, characters and environments from the mesmerizing season one of the critically-acclaimed series.

Universal Studios’ “Halloween Horror Nights” is the ultimate Halloween event. For more than 25 years, guests from around the world have visited “Halloween Horror Nights” to become victims inside their own horror film. Multiple movie-quality mazes based on iconic horror television shows, films and original stories come to life season after season, while the streets of each park’s event are transformed into highly-themed scare zones with menacing scare-actors lunging from every darkened corner.